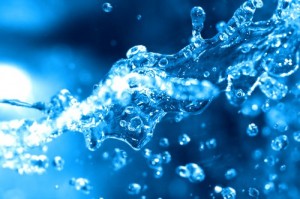 U.K.-based water company Severn Trent Plc incurred legal and other costs of about US$29 million in responding to repeated acquisition offers from LongRiver Partners. LongRiver is an investor group led by Borealis Infrastructure Management, the investment arm of Ontario Municipal Employees Retirement System. It includes Kuwait Investment Office and Universities Superannuation Scheme. The group’s third proposal before the June 2013 deadline was estimated at a value US$8.2 billion.

The Board of Severn Trent Plc confirms that trading across the group has been in line with its expectations and prior guidance.

Regulated business
Customer prices in Severn Trent Water increased by 2.0% from 1 April 2013, reflecting November RPI of 3.0% and a k-factor of minus 1.0%. Consumption across our measured income base has declined year on year in the period, in line with our expectations.

Our forecasted bad debt level is maintained at around 2.2% of turnover for the full year, and we continue to monitor developments such as unemployment levels and changes to the UK benefits system closely.

Operating expenditure continues to be in line with the Board’s expectations for the year and, on a like for like basis, in line with the level of the Final Determination. Operating costs are expected to rise year on year due to the impact of inflation and increases in quasi taxes, partially offset by efficiency improvements.

Expectations for net capital expenditure (UK GAAP after deducting grants and contributions) remain in the range £600 million to £620 million, including an estimated £15 million related to private drains and sewers. The level of net infrastructure renewals expenditure included in this range is anticipated to be £135 million to £145 million.

Non-regulated business
In Severn Trent Services we expect to see the benefits of our previous investments in growth areas. Growth will however be second half weighted as indicated by timing of deliveries from the Water Purification order book.

Group
The group interest charge is expected to be higher year on year due to higher net debt and with the adoption of revisions to IAS19 increasing the pension accounting interest charge. The year on year impact of this revision to IAS 19 is estimated at £13m.

Other
In early May Severn Trent Plc received an approach from LongRiver Partners, a consortium led by Borealis Infrastructure Management, about a possible offer for the company. On June 11th LongRiver Partners confirmed that it did not intend to make an offer for Severn Trent Plc, and that it is bound by the restrictions under Rule 2.8 of the Takeover Code. In addressing this approach, the board of Severn Trent plc has incurred costs for advisory, legal and other services of approximately £19 million in aggregate.

Severn Trent Plc will announce its interim results for the period ending 30 September 2013 on 26 November 2013.

Forward looking statements are sometimes, but not always, identified by their use of a date in the future or such words as ‘anticipates’, ‘aims’, ‘due’, ‘could’, ‘may’, ‘should’, ‘expects’, ‘believes’, ‘intends’, ‘plans’, ‘potential’, ‘reasonably possible’, ‘targets’, ‘goal’ or ‘estimates’. By their very nature forward-looking statements are inherently unpredictable, speculative and involve risk and uncertainty because they relate to events and depend on circumstances that will occur in the future.

There are a number of factors that could cause actual results and developments to differ materially from those expressed or implied by these forward-looking statements. These factors include, but are not limited to, changes in the economies and markets in which the group operates; changes in the regulatory and competition frameworks in which the group operates; the impact of legal or other proceedings against or which affect the group; and changes in interest and exchange rates.

Nothing in this document should be regarded as a profits forecast.