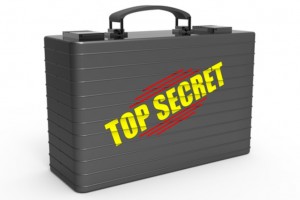 A company called Aurora Advisors has filed a petition in California Superior Court asking the court to force CalPERS to release performance data, including quarterly valuations and cash flows, for the years 1990 through 2012 and all available data from 2013.

Aurora, which publishes the popular financial blog Naked Capitalism, claims CalPERS has not yet complied with its full request after much back and forth since September. The system did release performance information recently for 2012 and 2013, according to the petition, seemingly cherry-picking only one part of Aurora’s request.

Aurora says it is asking for the very same information CalPERS released to a group of academics who were working on a study about private equity performance. The academics published a study last year based on the CalPERS information called “How Fair are the Valuations of Private Equity Funds?” (The study is an interesting read, using quarterly valuations and cash flows from 761 funds to show that over the life of a fund, GPs are conservative about valuing investments, until it comes time to raise a follow-on fund. Then they begin to inflate valuations, which reverses again once the fund is raised.)

Here’s where it gets weird – CalPERS says it did not provide the authors with the information cited in the petition. According to a Jan. 27 letter from CalPERS to Susan Webber, who runs Naked Capitalism and writes under the pseudonym Yves Smith: “The information provided to the authors of the article you reference was not provided by CalPERS staff. After an extensive search, staff has determined that we do not have anything to produce in response to your request.”

Further, the system said its investment staff can find no record of a public records request by the authors for the information.

“CalPERS has been unable to locate any documentation of a written PRA request from the authors of the Oxford University article for the referenced private equity data. However, we stand ready to provide any private equity information that is discloseable under the PRA,” CalPERS said in an email in response to a series of questions.

However, one of the authors, Tim Jenkinson, told me he and his colleagues did indeed get the information from CalPERS in late 2009. The authors then added to their data each quarter from CalPERS’ web site, which is why the study runs to 2012. “I have no idea why they are saying they didn’t give us the data, except it was nearly five years ago and maybe they haven’t looked far enough back in their archives,” Jenkinson said.

So what is going on? Dear Reader, I don’t know. I could speculate, but what would be the point? The petition has been filed and a hearing could happen in May. We’ll have to see what a judge has to say. Meanwhile, Webber and Naked Capitalism have been waiting since September for the information they requested.

Personally, I’m hoping CalPERS releases all the information. I’m curious to see what Naked Capitalism has in store once it gets its righteously indignant hands on the data. Webber wouldn’t divulge any future plans about coverage, but Naked Capitalism has a history of smart, scrappy articles attacking what it feels are injustices being committed in the name of capitalism.