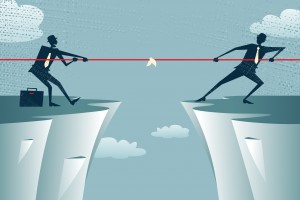 Citigroup and Hands’ private equity firm, Terra Firma Capital Partners, agreed to the dismissal of all claims in the U.S. case, “without prejudice to plaintiffs’ rights to re-file those claims in England,” according to a Friday court filing.

The filing ends more than four years of U.S. litigation over Terra Firma’s 4 billion pound (US$6.7 billion) purchase in 2007 of EMI, whose catalog has included artists like the Beatles, David Bowie, Coldplay, Katy Perry, Pink Floyd and Snoop Dogg.

“Terra Firma and Citigroup have together decided that their disputes should be resolved in one set of proceedings,” the parties said in a joint statement. “The parties have consented to the transfer of the claim before the New York court to England, to be consolidated with the proceedings that are ongoing before the English court.”

Hands had sued in December 2009, claiming that a Citigroup banker induced him to overpay for EMI by falsely telling him that a high bid was needed to top a rival bidder.

Citigroup eventually seized EMI and sold it in pieces after Terra Firma defaulted on some loans. The bank has denied wrongdoing and said Hands sued because of buyer’s remorse.

Hands had been seeking $2 billion of damages in the U.S. lawsuit, and a second trial had been scheduled for July 7 before U.S. District Judge Jed Rakoff in Manhattan.

Citigroup had prevailed in a November 2010 trial, but a federal appeals court voided that verdict because Rakoff had instructed jurors improperly on the English law that governed the case.

Prior to Friday’s dismissal, Citigroup had accused Hands of engaging in “legal tourism” by trying to press his fraud claims in both the United States and England. (Full Story)