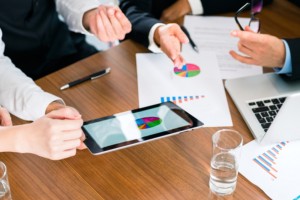 UBS is backing one of three consortia that submitted bids of around 7 trillion won ($5.81 billion) in the buyout of British retailer Tesco Plc’s South Korean unit Homeplus Co Ltd with an underwritten jumbo mezzanine loan, bankers said on Monday.

If Carlyle’s bid is successful, the jumbo mezzanine loan will set a new record for Asian buyouts, exceeding the previous record set on Carlyle’s $1.93 billion buyout of ADT Korea, the South Korean security systems unit of Tyco International in early 2014.

“The mezzanine loan would be much bigger than that on the LBO of ADT Korea last year,” another source said.

Carlyle used a 360 billion won ($298 million) mezzanine loan from UBS as part of a 1.345 trillion won financing that helped the US private equity firm to pip its competitors in Korea’s first significant buyout.

That mezzanine loan was the largest subordinated debt tranche for any Asian buyout outside Japan and helped to boost the overall leverage on the buyout to 7.47 times Earnings Before Interest, Tax, Depreciation and Amortisation (EBITDA).

Some of the other bidders in the auction for Homeplus are also expected to use mezzanine loans in their financing packages, sources said.

Affinity and KKR have teamed up to submit a bid with debt funding from Korea Development Bank, Kookmin Bank, Hana Bank and Hyundai Securities.

The current bid levels are below the initial price of up to 8 trillion won that banking sources were initially anticipating, based on EBITDA of around $750 million in 2014.

ANZ and Sumitomo Mitsui Banking Corp have joined the original financiers of the buyout, BNP Paribas and HSBC, to provide a staple financing.

Staple financings are available to any bidder and are often used as a guide for bidders that they must match or better to win the deal.

The staple financing includes a 3.3 trillion won senior loan and a 500 billion won revolving credit, which both have five-year tenors and a 600 billion won mezzanine loan.

The staple financing has leverage of around 4.9 times debt to earnings.