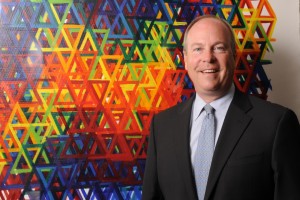 Financo, the retail and consumer-focused investment bank, is planning to launch a private equity fund sometime next year, according to CEO John Berg.

Financo will seek to raise $75 million to $150 million, Berg told peHUB. The fund will target consumer and retail companies in the lower middle market, he said.

“We are very excited about the opportunity to use our industry knowledge and contacts to invest in the consumer space,” Berg said.

Financo, which has offices in New York and London, is not looking to compete with its clients, but rather will seek coinvestments, or deals that are too small for its customers. There are many large funds in the consumer sector that are successful, but not many that target the lower middle market, Berg said.

There are also “lots of smaller companies” that are either in rapid growth mode or in the midst of a family transition, he said. Financo will target these areas, Berg said.

Financo, which has advised clients such as Neiman Marcus, Kellwood Company and Forever 21, will likely seek to invest $2 million to $10 million per deal. The bank will not use a placement agent, he said.

“We are not in the market right now,” Berg said of the planned fundraising. “We have not launched.”

Consumer M&A was slow in 2012 and during the first half of this year, but deal pace picked up dramatically over the summer and is continuing at a rapid pace, he said.

That’s partly because buyout shops are holding on to their companies for an average of six years, up from the usual three to five years, he said.

“There is literally nothing I can point to other than portfolio companies in PE firms have been there longer than ever before historically on average,” he said.

Berg is expecting the surge in consumer M&A to continue for the next 12 months. It’s also a good time to be a seller, Berg said. Debt is easy to obtain, interest rates are low and PE firms have ample dry powder, he said.

“Anyone with a good track record, a good story that is thinking about an exit in the next 18 months, we strongly urge them to consider doing something sooner rather than later,” he said.