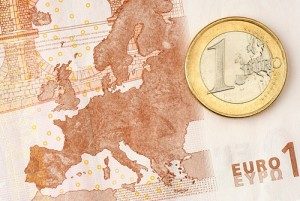 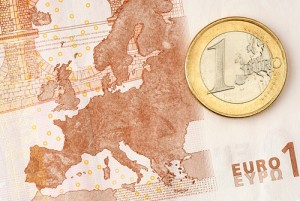 Large European buyout groups are facing a difficult environment in which to sell some of the very large businesses that were bought at the peak of the market. With the IPO markets effectively closed and a number of very large companies under private equity ownership, just how are the sponsors who own these businesses going to realise them and return cash to investors? In many cases the clock has reached the five year mark and is very definitely ticking.

Of the three established exit routes (public markets, trade sales and secondary sales), the IPO market remains largely closed, and financing is almost certainly unavailable for financial sponsors to be realistic buyers in a secondary transaction. While a full trade sale of one of these large businesses is theoretically possible, it’s likely to be highly problematic given the uncertain economic environment in Europe and with vendors looking to receive cash rather than paper.

GPs have therefore been forced to become increasingly innovative in seeking liquidity and, thankfully for the asset class, have been successful in this regard in a number of cases. They have looked for ready sources of capital and found them amongst sovereign wealth funds, public market fund managers willing to bridge the pre-IPO gap, and corporates, often of Asian origin, though by no means exclusively. For example, KKR has been notably successful in persuading corporates to take stakes in two of its businesses: China’s Shandong Heavy Industry Group acquired a 25% stake in German forklift manufacturer Kion and Walgreens has agreed to buy Alliance Boots – a 2007 FTSE 100 transaction that really called the peak of the market – in a two stage transaction. Other potential buyers include sovereign wealth funds and those firms, in particular a number of the Canadian institutions, with the appetite and capability to make direct investments. For example, KIRKBI and Ontario Teachers’ made a €500m investment in Denmark’s ISS (owned by EQT) following its pulled IPO.

CVC’s sale of a 21% stake in Formula One to three asset management firms for $1.6 billion shows an encouraging interest from what are effectively public market investors in private equity owned assets. A Singapore IPO is expected this year and should herald the final liquidity event for one of Europe’s most successful private equity investments.

There remain assets that, for a variety of reasons, have either not found the right buyer or are not yet ready to be moved on, perhaps needing more time for further deleveraging. There are also rumours that some assets need to be reduced in size to be made more palatable and speculation continues that Acromas – the insurance group backed by CVC, Charterhouse and Permira – may be divided up once again into its two constituent parts: Saga and The AA.

Overall however, it appears that high quality and strategic businesses are saleable, even in an environment where the public markets are effectively closed. We applaud GPs for their ingenuity in tapping these alternative buyers and believe that, just as the secondary market has improved the exit options for the lower mid-market, so this development will open up a broader range of strategic options at the larger end of the buyout market for many years to come.

Charles Magney is a partner with Altius Associates. Opinions expressed here are entirely his own.