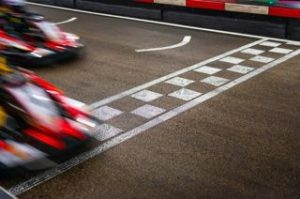 There is a mini-race of sorts in the private equity fundraising market: At least five firms of varying sizes have launched, or are preparing to launch, funds focused on energy credit investments.

The energy credit vehicles, especially those geared toward distressed investing, are seeking opportunities created by the collapse of oil prices. Many of the funds are structured with two- or three-year investment periods, reflecting the tight window of opportunity some see in the market.

“Past experience has shown this could be a quick market for dislocation and short-lived,” said Christian Kallen, a principal at Hamilton Lane.

Brent Crude, the international oil benchmark, was trading at $56.63 on March 10, down from $60.05 on Feb. 27. Oil prices have steadily fallen since last year and speculation for when prices might recover range from later this year to several years from now.

The impact on energy-based private equity portfolios has not yet been fully felt as managers are just starting to mark portfolios based on December valuations.

Still, even at December valuations, limited partners are starting to see portfolios marked down by 10 percent to 40 percent off of third quarter marks, saidMeagan Nichols, head of real assets at Cambridge Associates.

LPs may choose to hold off on committing into energy credit funds until the distressed opportunity becomes more apparent. Cambridge is recommending its clients wait until later this year to commit to such funds, Nichols said.

“If you’re looking at distressed (opportunities) in the oil patch, that opportunity hasn’t really come yet,” she said. “You can see it coming, but despite falling prices, we haven’t had mass bankruptcies. There’s a lot of capital getting raised and positioning for opportunities to come.”

Firms that will be able to take advantage of this opportunity are those with experienced energy teams in place that can deploy capital quickly. However, some vehicles in the market will be looking beyond the immediate distressed opportunity based on oil prices for other types of credit investments, like in power. Those funds will have a broader mandate than just seeking investments tied to oil prices.

“The market trend here may or may not go beyond oil – gas has been down. The power industry has been in trouble for a long time as well,” Kallen said. “If you have a long-standing track record in distressed energy, you may get LPs more comfortable.”