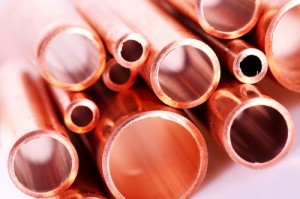 Vancouver’s First Quantum Minerals Ltd. has completed its estimated C$5.1 billion acquisition of Toronto-based Inmet Mining Corp., which owns and operates a major copper mine in Panama, among other assets. As of April 1st, First Quantum held 92.7% of the company’s outstanding common shares. One of Inmet’s major shareholders has been Ellington Investments, an investment division of Sinapore’s Temasek Holdings, which acquired a C$500 million stake in the company in 2011.

VANCOUVER, BRITISH COLUMBIA–(Marketwired – April 2, 2013) – First Quantum Minerals Ltd. (“First Quantum” or the “Company”) (TSX:FM)(LSE:FQM) and its wholly-owned subsidiary FQM (Akubra) Inc. (together, the “Offeror”) today announced that, as at 5:00 p.m. (Eastern Daylight Time) on April 1, 2013, a total of 65,206,044 common shares of Inmet Mining Corporation (“Inmet”, TSX Symbol “IMN”), representing 92.74% of the outstanding Inmet shares (on a fully diluted basis), had been validly tendered to the Offeror’s offer (the “Offer”) to acquire all of the outstanding shares of Inmet. The Offeror has taken up and accepted for payment all shares tendered between March 21 and April 1, 2013 and will pay for such shares on or before April 5, 2013. Shares tendered on or before March 21, 2013 were previously taken up and paid for by the Offeror.

“We are delighted that our Offer was met with such overwhelming acceptance by Inmet shareholders. We wish to once again thank them for their tremendous support throughout the course of our Offer and to welcome them as new shareholders of First Quantum. We look forward to a bright future in which, together, we turn our vision of a new global copper leader into a reality.”

Financing for the Offer is being provided by Standard Chartered Bank.

Georgeson Shareholder Communications Canada, Inc. has been retained as information agent for the Offer. Shareholders may contact Georgeson at:

First Quantum is a leading international mining company with a global portfolio of copper and nickel assets located in Africa, Australia, South America and Europe. For the twelve months ended December 31, 2012, First Quantum generated revenue and adjusted EBITDA of US$2,950 million and US$1,143 million respectively and produced 307 kt of copper, 38 kt of nickel and 202 koz of gold. A diverse portfolio of profitable operating assets and quality growth projects makes First Quantum one of the fastest-growing mining companies in the world. First Quantum is listed on the Toronto, London and Lusaka Stock Exchanges, with a market capitalization of approximately US$10 billion, prior to giving effect to completion of the Offer.

First Quantum has earned a strong reputation as an industry leading developer of high-quality base metals projects globally. Although a significant copper producer currently, First Quantum is itself in a phase of transformational growth, with an anticipated tripling of copper production by the end of 2018. To achieve this growth, the First Quantum team is building on its significant experience in project development, with a proven record of successfully developing resource assets. The capital intensity of our Kansanshi and Sentinel developments, for example, at approximately US$5,000 / tonne and US$6,000 / tonne, respectively, are among the lowest in the industry. Importantly, First Quantum has consistently delivered superior shareholder returns, averaging 32 percent per annum over the period 2000 to 2011.

Inmet is a Canadian-based global mining company that produces copper and zinc. It has three wholly-owned mining operations: Çayeli (Turkey), Las Cruces (Spain) and Pyhäsalmi (Finland). It also holds an 80 percent interest in Cobre Panama, a development property in Panama, currently in construction.

With respect to forward-looking statements and information contained in this press release, First Quantum has made numerous assumptions including, among other things, assumptions about the price of copper, gold, cobalt, nickel, PGE, and sulphuric acid, and other anticipated costs and expenditures. Although management of First Quantum believes that the assumptions made and the expectations represented by such statements or information are reasonable, there can be no assurance that any forward-looking statement or information herein will prove to be accurate. Forward-looking statements and information by their nature involve known and unknown risks, uncertainties and other factors which may cause our actual results, performance or achievements, or industry results, to be materially different from any future results, performance or achievements expressed or implied by such forward-looking statements or information. These risks, uncertainties and other factors include, but are not limited to, uncertainties surrounding the ability to realize operational synergies following completion of the Offer, reliance on Inmet’s publicly available information which may not fully identify all risks related to its performance, success in integrating the retail distribution systems, and the integration of supply chain management processes, future production volumes and costs, costs for inputs such as oil, power and sulphur, political stability in Zambia, Peru, Mauritania, Finland, Turkey, Spain, Panama and Australia, adverse weather conditions in any of the foregoing countries, labour disruptions, mechanical failures, water supply, procurement and delivery of parts and supplies to the operations, and the production of off-spec material.

While First Quantum may elect to update the forward-looking statements at any time, First Quantum does not undertake to update them at any particular time or in response to any particular event, other than as may be required by applicable securities laws. Investors and others should not assume that any forward-looking statement in this press release represent management’s estimate as of any date other than the date of this press release.