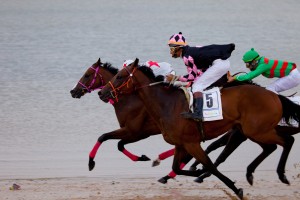 Social software startups providing products to businesses have been catching the eye of venture capitalists for some time.

Thirty-eight of 55 companies identified by Jeremiah Owyang, a partner at the research firm Altimeter Group, received funding, or 69% of a sample that includes big names such as Buddy Media, Bazaarvoice and Jive Software.

So which investor has had the most winners? Owyang discovered the answer is not a big Sand Hill Road firm, or even a California-based investor. The top finisher is Josh Kopelman’s seed-stage outfit, First Round Capital – by a nose.

The firm, with its roots in Philadelphia, participated in two exits, including Bazaarvoice, which went public, and CoTweet, which was acquired by ExactTarget. It is hard to know its return since investment amounts haven’t been made public. Besides, Bazaarvoice has not had the best record as a publicly traded company. It is down 38% from its IPO price.

Nonetheless First Round finished in front of a long list of other investors with just one exit, including Austin Ventures, Battery Ventures, GGV Capital, General Catalyst Partners, Comcast Ventures, Felicis Ventures, Summerhill Venture Partners and Sequoia Capital, which has been a backer of Jive, Owyang found.

Owyang said overall 10 companies, or 18% of the 55, found exits. Three launched IPOs, including Jive, Bazaarvoice and Liveworld. And seven merged or were acquired, including Buddy Media, Radian6, Context Optional, Vitrue and Involver. Buddy Media and Radian6 were bought by Saleforce.com, Context Optional went to Efficient Frontier and then to Adobe Systems, and Vitrue and Involver were swallowed by Oracle.

Buddy Media, one of the biggest winners, went for $689 million and received investments from Greycroft, SoftBank, GGV and individuals such as Ron Conway, Peter Thiel and Roger Ehrenberg of IA Ventures.

Vitrue sold for $300 million and had money from General Catalyst, Comcast and others. WildFire, with Summit Partners and Felicis as backers, went for approximately $350 million.

Other top exits were Radian6, Alterian and Context Optional. Owyang’s study did not include the recent fundings of Sprinklr, and Spredfast.

The average venture investment in a company has been $14 million, though most collected less than $10 million.