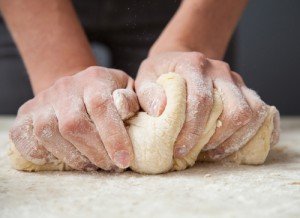 Management teams raising money for the first time closed on $22.4 billion through the first five months of 2015, which puts those GPs on pace to pick up roughly $54 billion by year-end, according to the data.

The projected total would surpass 2014’s post-crisis peak of $41 billion. Last year’s tally was the largest amount first time managers raised since 2008, when freshmen firms collected $78 billion, according to Palico.

“First time funds have an edge today … some LPs have invested in most of the brand names and now they’re looking for new stories,” said Palico Founder Antoine Dréan, citing a 2014 McKinsey & Company study that found top firms’ ability to repeatedly deliver top-quartile returns has diminished over the last 15 years.

This spurred demand for newer managers, Dréan said, adding “[LPs] feel that some of the traditional private equity plays will return less money than before.”

Over the last year, strong investor appetite for new managers and fund strategies dovetailed with a growing number of spinouts from established private equity firms, which helped drive aggregate fundraising totals for first time managers. Furthermore, as investors became increasingly comfortable with the asset class, and as known teams from older firms branched out on their own, certain LPs developed a notion that there are “a lot of very interesting first time funds that seem to be relatively low risk,” Dréan said.

On recent example is ArchiMed SaS, a France-based spinout of 3i’s healthcare team. In June, ArchiMed held a final close on its 150 million euro hard cap, more than half of which came from 3i LPs who were familiar with the management team’s track record at their former firm, sources told Buyouts.

Dréan is also the founder and chairman of private equity advisory firm and placement agent Triago, which worked on ArchiMed’s fund.

First time managers are also benefiting from one of the strongest fundraising environments of the last decade. With distributions on the rise, and returns from other investment portfolio staples – namely, fixed income – faltering, limited partners shoveled $488 billion into private equity in 2014, more than any year since the crisis, placement agent Triago reported in April.

Interestingly, almost half of the capital being raised by first time GPs is not being managed through a traditional fund structure. According to Palico’s data, 48 percent of the $22.4 billion raised has been for deal-by-deal, co-investment and managed account structures.

“These structures basically allow LPs to dip their toe in without getting in over their neck,” said David Lanchner of Palico.

Dallas and Houston-based Turnbridge Capital Management used a similar strategy before raising its debut fund. The firm, which was founded in 2008, grossed a 53.9 percent internal rate of return and 2.3x investment multiple on seven pre-fund deals before it closed its debut on $400 million last year, according to LP documents.

“It’s a good way for LPs to get to know a group, get to know their style, their deal flow, the way they work. It’s basically getting engaged before they get married,” said Dréan.