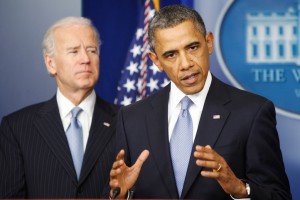 The deal  in Congress to avoid the fiscal cliff generated a very measured response among private equity executives Wednesday.

The agreement avoids potentially devastating tax hikes and spending cuts, and is seen as a victory for President Obama, Reuters reports. The last- minute bill does provide a win for private equity. Carried interest will still be taxed as long-term capital gains for hedge funds and private equity, Forbes says.

Capital gains and dividends tax rates jump a mere 5 percentage points to 20% for individuals making $400,000 or more or families making $450,000 or more, Reuters says. Many PE and VC executives would fall into this higher tier, according to the 2012- 2013 Holt-Thomson Reuters PE/VC Compensation Report. The average salary plus bonus of a partner or managing director working at a North American LBO/growth equity firm last year was $709,500, the report says. It was $510,000 at North American VC firms, the report says.

PE execs polled by peHUB did not cheer or express any relief at the resolution adopted in Congress. Some admitted that the agreement was “big” but expected.

“It is good that there was some agreement reached,” one private equity exec says. “I suspect everyone anticipated that an increase in tax rates was inevitable.”

“No one is changing their behavior because of a difference between a 15% and a 20% tax rate,” a second PE source added. “This deal is just the bridge to the next one.”

The certainty of a resolution will likely help the M&A market, sources say. Fears of a fiscal cliff, along with continued economic malaise, hampered PE-backed M&A in 2012. There were 4,584 global PE-backed mergers last year, totaling about $321.4 billion in disclosed valuation, according to data from Thomson Reuters. This is pretty much flat compared to 2011, when there were 4,653 global buyside transactions, valued at $322.4 billion, Thomson Reuters says. (The number of transactions dropped about 1.5%, while deal value fell 3.1%.)

The resolution in Congress is not expected to have much of an impact on deal-making in 2013. Economic uncertainty will still hamper PE-backed deals this year, sources say. “Any individual seller who didn’t sell last year is probably in no hurry now,” one of the PE execs says.