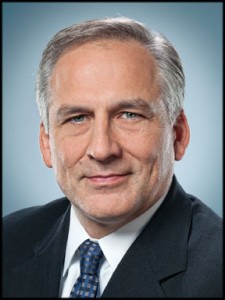 1. GTCR was one of the first private equity firms to bring on a full-time capital markets person to monitor conditions in the credit markets. What do you think will happen to the deal economy if and when the Federal Reserve begins to taper off its market intervention?

There are many variables involved, so it’s tough to have a precise answer, but the magnitude and speed in which rates change, as well as type of transactions in market are key indicators. If you look back to May through July, the 10-year [Treasury bond yield] went from 1.6 percent to 2.6, and that really disrupted the capital markets and deal economy because rates moved very quickly. I don’t think the substance of Ben Bernanke’s comments was concerning, but it was perceived as directional and when the story is on CNBC every day, you would expect the markets to react.

A significant amount of the capital markets activity in 2013 has been opportunistic — dividends, rate scrapes, refinancings — more than new paper. That type of opportunistic financing typically becomes more difficult to get done when rates are moving upward because the economics generally don’t work, but because they are short lead time trades the issuer can get in and out of the market as conditions warrant. Any significant rate increase from here, 50 basis points, will likely reduce this activity in 2014.

As for new deals, it’s more difficult to change course in disruptive markets because of longer lead times. You may have time limited debt commitments and a prescribed timeline per the purchase agreement, and once it starts moving, you can’t really stop it. You have some latitude, but that deal has to get in the market. Private Equity will continue to buy in a rising rate environment, but appetite depends on the volatility of rate increases and how well the bid-ask price for assets can adjust to the impact of the higher cost of debt.  My guess is activity in 2014 will be about the same as this year; maybe more as the upside of compounding returns is overshadowed by possible multiple compression.

2. When will the Fed taper, do you think?

My view is that it won’t happen until 2Q 2014 at the earliest. As long as the outlook continues to expect low rates of inflation, and Washington, the president and Congress, can’t deliver coherent long term, pro-growth policies, I don’t think the Fed has any significant incentive to stop what it is doing.

Ensuring liquidity early on was a good thing, but I’d like the Fed out of the market as soon as possible so we can stop debating the impact of the overhang. It’s not good for the deal environment long term, but the Fed is in a bind, and its emphasis on “transparency” doesn’t help. I prefer the days of having to parse through [Alan] Greenspan’s comments to figure out what was going on, if anything; I think it gives the Fed more latitude to gently change direction.

3. Even with low interest rates, dealflow is sluggish. Is this the new normal in the post-crisis world?

It all depends on stronger growth in GDP. There has been less top line growth over the last few years and earnings have been driven more through cost efficiencies. I think there are many businesses that people would like to sell but they’re just not ready, or price expectations are unrealistic. We’ve seen a fair amount of processes that end with the seller recapping the business with the debt arranged by potential acquirers.  We’ve seen fewer corporate divestitures too, though more activity in this quarter, in part because of their own reinvestment risk with sale proceeds.

4. We have started to see some fallout from the Libor scandal. The EU has meted out some fines. How will this affect the buyouts business?

I haven’t seen any impact on our business. I still pay a Libor floor above any levels that folks conspired to maintain, and capital is still plentiful.

5. Are there domestic regulatory issues you worry about?

The leveraged lending guidelines and CLO manager ownership rules. Those could have a significant impact on deals beginning next year. From what I can tell, the lending guidelines will increase underwriting discipline and likely cool off the market a bit, which we like given our style of investing.  It will be disruptive, maybe beginning by the second quarter, but how disruptive will depend, again, on how quickly the M&A market bid-ask reacts. The ownership rules implementation and impact may be farther off, and if some elements are not addressed it could upend the CLO business. It’s a real concern.

UPDATE: This story has been updated from the version published on Dec. 16, 2013, to reflect modifications to Dunn’s comments on deal financing and to make editing changes.