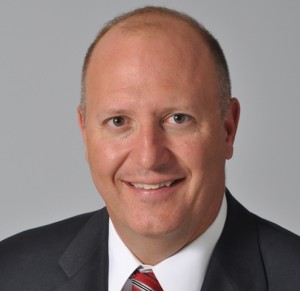 1. What’s your take on rising interest rates? Will they go up much in 2015? Will higher rates help mezz lending?

2. As a mid-market mezzanine lender, how did 2014 stack up for you in terms of loan originations?

It was a better than typical year. In terms of deal lead count we were up about 20 percent over 2013 and the number of deals closed was up significantly, 50 percent. Check sizes ranged from $5 million to $15 million for middle-market buyouts and growth capital. About 70 percent of our loans are for buyouts and 30 percent for growth equity.

3. Unitranche funding seems hot nowadays. How do mezz lenders compete with that?

We partner with traditional senior lenders on a product that’s very attractive from a cost-of-capital standpoint and a portfolio-management standpoint. In short, when you combine our loans with a traditional senior lender, the cost of that capital is probably 20 percent less than a unitranche lender. Since the borrowing costs for a senior bank are significantly lower than unitranche, the weighed average between the senior lender and the mezz will come in below the unitranche rate, on a typical capital stack of two-thirds senior, one-third mezz. It’s pretty easy to compete, actually.

4. What differentiates a good mezzanine firm in today’s market?

5. As past chair of the Small Business Investor Alliance, what’s going on with this group for 2015?

We’re supporting a bill to raise the family of fund limit for SBICs. There are some very good fund managers in the program with long histories of success, but if they’ve reached their leverage cap, it jeopardizes their ability to make good investments and grow the economy and create jobs. We want to raise the leverage maximum for fund managers to $350 million from $250 million. We’ve gotten it approved in the House, but the Senate hasn’t OK’d it yet. We want to get more access to debt capital for experienced fund managers. Hopefully it’ll happen this year. We’re also working on a reform bill for BDCs, certain regulatory implementation relief procedures on Dodd-Frank for funds under $1 billion, and continued tax incentives for investing in small businesses.

You spend a lot of time on the road. What’s the first question you get when you meet with prospective clients?

(Answered by Patrick Hamner, managing director of Patriot Capital.) The first questions is, how many deals have you been doing, along with how active are you in the marketplace. We’ve had 15 deals in the last 15 months and put out $100 million in mezzanine loans. It’s been a good run since we raised $266 million for Patriot Capital III in September 2013. When you talk about activity level, that validates everything about your model. Being active in the marketplace and having a good close rate on your deals is the best calling card we have.