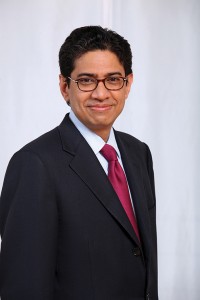 1. Five Arrows Principal Investments II (FAPI II) just closed on 775 million euros for European middle-market buyouts, which was 75 million euros above its target. Did you get any participation from U.S. LPs?

Yes we do have U.S. LPs, as part of the process we wanted to go through to diversify our base. It’s a combination of corporate pension funds, asset managers and foundations — all blue chip institutions.

2. Five Arrows is a unit of Rothschild Merchant Banking, which has total AUM of 5 billion euros. How does Five Arrows fit into the overall business?

3. You raised FAPI I in 2010 with 580 million euros. Fund II is a bit larger, so will you be looking at larger deals, and did you add any team members?

In Fund I, we did 15 deals, with an average equity check of 15 [million euros] to 50 million euros. With Fund II, we’ll do 12 to 14 deals with an average check size of 25 [million euros] to 70 million euros. The larger checks and fewer deals reflect an increase in average deal size and a tighter focus around our key sectors: healthcare, software and technology services, business services, education and sub-segments of consumer. We’ve already made one investment in Fund II, Karnov Group, a provider of legal, tax and accounting data in Scandinavia.

We’re a firm that believes in home-growing talent. We hired a bunch of people at different levels at the beginning [in 2010] and now we’ve promoted two people to partner: Vivek Kumar and Younes Zemmouri. Kumar was at Permira Advisors and Silver Point Capital and Zemmouri came from Bain Capital.

4. Any other thoughts you could share on how you’ll deploy the new fund?

We have a very, very tightly-focused investing paradigm. The idea is to back high-quality businesses that will have strong market positions and good returns on invested capital and proven organic growth that’s highly visible. We’re looking to do 12 to 14 deals over the next four to four-and-a-half years, so three to four deals per year. We have a pretty robust pipeline and hopefully we’ll announce another acquisition in the next six months.

5. Could you share any visibility on Rothschild Merchant Banking’s interest in the U.S., as reflected in its purchase in September of West Gate Horizons, a Los Angeles-based manger of CLOs?

The private equity business at Rothschild, including FAPI, is about 1.5 billion euros and the remaining 3.5 billion represents other strategies including secondaries, a co-investment fund, a credit fund and the senior debt and CLO vehicles. We are always cautious about expansion. We like going into areas where we have a specific knowledge or angle. The U.S. is an area of interest for us. The fact that we bought a CLO business in the U.S. in an indication of that interest.