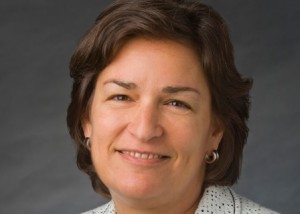 1. High M&A deal prices have been a frequent complaint as impacting the leveraged loan market. Since GPs are reluctant to pay up for deals, transaction volume has dipped overall this year. What’s your perspective on this as a lender in the lower middle market?

It’s hard to find deals that meet our risk profile and to win them once you find them. It’s very competitive, and there are players out there that have different views of risk and pricing and structure. That tends to happen when you have a very credit-loose environment.

Because of our strong origination platform, we have a chance to find those right deals with solid credit and with what we believe are rational structures with reasonable pricing on a risk-adjusted basis. Overall, it’s more competitive now and we expect that to continue.

2. Unitranche lenders have been competing with mezzanine lenders in some cases. You’re able to offer both types. Is that a relatively new development in the lower middle market?

We, like a number of other mezzanine funds, are doing unitranche as well as traditional subordinated debt, along with our equity co-investments with either type of debt. Unitranche has been around a long time. But in terms of some of the smaller mezz funds, they’ve gotten into it in the last couple of years, mostly to meet the needs of sponsors.

3. Has the 6x EBTIDA leverage cap encouraged by the Fed among broadly syndicated loans had any effect on your business as an SBIC lender?

It’s my understanding that there’s bipartisan support for the SBIC program because it’s been successful. It doesn’t require funding. It’s self-funded. It also helps the cause du jour, which is creating jobs. The SBICs are providing capital to smaller businesses, which helps create jobs and that’s what resonates with [President Barack] Obama and Congress.

I was invited to participate with a variety of women to meet with various officials. I can’t talk about the agenda because it was a private forum to discuss capital flows and getting money out to those who need it. Another topic was diversity.

5. You just finished fundraising for Avante Mezzanine Partners SBIC II LP with $250 million. LPs have been keen to put money into debt funds. Did you see any of this in action on the fundraising trail?

There’s a growing interest in debt funds and more interest in lower middle-market buyouts by LPs. It stems from increased affinity for debt funds as an alternative to fixed income. You’re often able to get low double-digit net returns in many debt funds, but it varies depending on the amount of leverage on the fund. With us, LPs liked our risk-adjusted returns in Fund I, our strong credit approach and our robust origination platform. We’ve built a very strong Rolodex going back to our pre-Avante days, and we’ve since enhanced that tremendously by building up relationships with sponsors around the country. (Harman previously worked at Allied Capital and American Capital.)