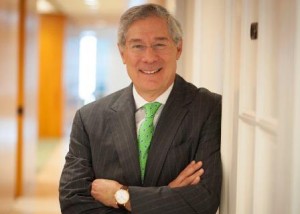 1. JLL launched Builders FirstSource (BFS) in 1998. It has seen its share price nearly double to about $13.50 from below $7 after it announced its acquisition of ProBuild for $1.8 billion on April 13. What kept BFS going through the 2008 financial crisis?

Management did an exceptional job managing through the crash and kept the organization together with a heavy emphasis on transparency and corporate culture. Remarkable people. (CEO Floyd Sherman joined the company in 2001).

2. The combined company will carry leverage a bit below 6x EBITDA on an adjusted basis. Is that comfortable for BFS?

The leverage is not low, but as synergies kick in – and they can be substantial – leverage falls very rapidly. Couple that with any sensible housing recovery and debt can fall rapidly in the next few years. Capital expenditures in the business is relatively modest given the size of the enterprise and potential cash flows.

3. Bring us back to the early days of launching BFS at the height of the bubble for tech stocks.

We launched BFS when everyone was flooding into tech stocks and ignoring basic business. That helped us get going with limited competition as we made around 20 acquisitions in the southeast assembling the core of BFS. Also, what was an interesting and exciting distraction was people were scheming about setting up virtual companies, even for building products, to buy on the Web, design homes and whatnot. One such company, now defunct, had a huge valuation, far, far greater that whatever ours was at the time. We looked at those situations, couldn’t understand the basic rationale for the businesses or how to implement the fancy talk and decided to stick to our knitting. Here we are today with $6.1 billion of combined sales after the deal closes, and a market leader.

4. JLL owns 25 percent of BFS and Warburg Pincus also owns 25 percent after it invested in the company about nine years ago. BFS’s share price peaked in 2006 and started falling well ahead of the Lehman collapse in 2008. Is the stock some kind of amazing forward indicator?

The market for new housing supply dropped dead in July of 2006 and only got worse from there. In retrospect, it obviously was the peak; it came upon us dramatically. What’s interesting now is the build rates across the industry are considerably below long-term, post-WWII historical averages for single family and multi-family builds. The recovery has been more or less anemic. So, if and when a real recovery occurs, the results could be very positive for everyone in the new-home industry, including BFS. We have studied prior market corrections in the sector, and none of them has been in the trough for as long as this one has. Other corrections have started with drops as precipitous as the one starting in 2008 but didn’t get as severe and also rebounded very sharply and much more rapidly. This time, we are in the doldrums for over five years longer than the average trough. We are only creeping out now. We don’t know, but hope the turn is at hand.

5. Tapping your past experience at Drexel Lambert, is there too much debt out there right now in the form of junk bonds? Does the amount of leverage in deals nowadays bother you?

Things don’t seem that frothy to me, so I don’t know the answer.

Edited for clarity by Steve Gelsi