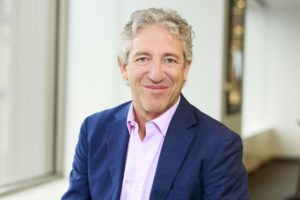 As America awaits the upcoming runoff elections in Georgia that will determine who holds the Senate majority, Steven Taslitz, chairman and co-founder of Sterling Partners, discusses how the outcome could impact private equity players and their investments in different sectors.

Democrats need to win both seats in Georgia for a 50-50 Senate with VP Kamala Harris breaking the tie; if Republicans win even one, they lead the Senate, which in turn, can obstruct execution of leftist policies.

Biden’s proposed plans include raising the capital-gains taxation rate. How does private equity view this?

No one thinks that a Republican controlled Senate is going to approve the capital gains rates going away. And then there’s plenty of people who think that there is an almost zero-percent chance that long term capital gains will go away even if the Democrats were to win both seats in Georgia, and therefore a 50-50 Senate.

They [Democrats] wouldn’t want to risk doing a lot of drastic things where they could all of a sudden lose maybe the House and the Senate, two years into his [Biden’s] presidency. So no matter what happens with this runoff election in Georgia, you’re probably not going to see a lot of drastic tax or policy change.

Do you think the Biden administration will attack covid-19 better, thus indirectly improving the health of portfolio companies?

No, I do not think the Biden administration is going to do better or worse than the Trump administration. Biden is not going to take office until January 20, and by then, we will enter a different phase of this pandemic. He’s going to become the President when there’s a vaccine out there and after everyone got nine months to stock up on protective equipment and build ancillary facilities to handle the rush of what’s going on. The President, however, is going to have an input on who gets the vaccines and in what order.

The vaccine [in general] will have a dramatic impact; it’s going to open up the economy again.

We have several investments that will benefit from a Biden presidency. For example, my partners and I started a company called Shorelight in 2013, which teams up with universities to bring foreign students into the US and help them assimilate.

Under the Trump administration, due to the rhetoric, lots of kids were choosing not to come to the United States pre-covid. Covid-19, obviously, decimated the university system but come fall 2021, with the Biden presidency, students will want to come back to the US. I think a Biden presidency will stabilize the relationship and we’ll get rid of a lot of the fear that [foreign] kids had about coming to school here.

Even if there’s this change in tone, PE-backed businesses falling in the for-profit education space could see a return of tough regulatory scrutiny under Biden’s administration. What’s your view on that?

Under the Obama administration, there was a reckless political narrative generated that all for-profit was bad, and all not-for-profit is good. It’s our hope, that under a Biden administration, that there is more of a balance and a thoughtfulness to doing things.

We have an investment in a trade school called Spartan where we teach kids – generally coming out of high school – how to be airline mechanics and pilots. With all the metrics that the Obama administration put in place regulating for-profits, this school passed and survived with flying colors and I don’t think a trade school or higher-ed business like that will be affected by the [new] administration.

The question that people have thought about is if the Biden administration will try and regulate service providers to not-for-profits. There are a lot of technology businesses that are well known to provide services to not-for-profit institutions. 2U, a publicly traded, online-program-management company, is an example of that and we have a company in our portfolio called Keypath that does something similar.

[Nevertheless], it’s too early to tell whether it [regulation] will be same or more. It really depends on who Biden puts in in the role of leading the DOE, whether that person is focused on K through 12, or higher education.

Shifting gears here, Biden plans to spend $2 trillion to tackle climate change by significantly increasing the use of clean energy. Does the incoming administration’s position toward climate change translate to more PE investment in the space?

There’ll be more money going to startups in that space, or that provide services to company in that space. But that will benefit venture more than PE, because there are not a lot of $10 to $200 million EBITDA businesses that are profitable PE investable assets in that space.

There are a lot of early-stage businesses in that space, and more of those will be funded during the Biden administration. And then as those companies grow and mature over the next three to 10 years, they will create opportunities for small and mid-market PE to buy.

Edited for length and clarity.