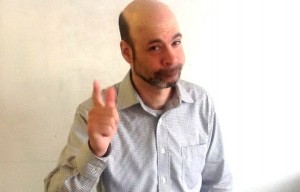 The New York attorney general has launched an investigation into a popular tax strategy used by private equity professionals in which they fund a portion of their GP contribution with waived management fees, according to The New York Times. In our sister magazine Buyouts back in April 2007 I warned about the danger of the fee waiver strategy in the first of a two-part column on the unspoken risks of private equity. Below is the piece, which provides insights not just into how private equity professionals reduce tax payments using the strategy, but how taxable limited partners benefit as well.

The high risk-adjusted returns that they generate is something that buyout firms and their investors love to point to—and justifiably so. But I suspect that few in the industry take tax risk into account when making their calculations. If they did so, after-tax returns wouldn’t look quite so handsome on a risk-adjusted basis.

For years buyout firms and their investors have been rolling the dice with two strategies that help keep a lid on taxes. Tax attorneys say that both strategies, when structured right, are defensible, and that neither has been challenged by the Internal Revenue Service. But they also say the risk of a challenge exists. And no buyout firm worth its management fees will fail to understand one of the immutable principles of tax strategies: The greater the potential economic reward, the greater the risk of a successful challenge by the IRS.

One way buyout pros and their individual limited partners lower their taxes is for the management company to agree to waive a portion of its management fees in exchange for a profits interest of equivalent value to be paid later. The strategy has been around since at least the mid-1990s, tax attorneys say, and you find it deployed in at least half of all newly formed buyout funds.

Tax attorneys describe it as a “business deal” made between the LBO firm and its limited partners. The buyout partners agree to waive a small percentage of management fees—income on which they would have had to pay income taxes of as high as 35 percent. In exchange, they ask for an equivalent amount of money to be paid to them later out of partnership profits, which typically get taxed at the far lower federal long-term capital-gains rate of 15 percent. (Whether profits interests will continue to be taxed at the capital-gains rate is under debate in Congress.)

Individual LPs also get a tax benefit. It is often not possible for them to deduct management fees as an expense on their tax returns. But they clearly don’t have to pay taxes on profits that go to another party. So in the end they come out ahead, tax-wise. LPs also like the fact that the technique gives buyout pros an extra incentive to get into the black on their partnership. Otherwise they’d never get all their management fees back.

Indeed, the strategy only works, attorneys say, if buyout shops are putting their management fees at risk; otherwise, the income wouldn’t qualify for capital-gains treatment. And that’s where buyout firms and investors are taking some risks of their own with the IRS. For example, many buyout firms negotiate the right to waive management fees not just at the start of the partnership, but at the start of subsequent fiscal years.

In later years of the fund, the portfolio may look healthy enough to almost ensure a payback of any waived management fees. If so, one might reasonably ask the question: Are the partners truly taking a risk that their management fees won’t eventually be paid? (Some firms revalue their portfolios to ensure that the profits interest comes out of profits only.)

Then there’s the question of when the buyout firms get paid the management fee-related profits interest. One might expect the partners to have to wait until the partnership is liquidated to see if it was profitable; or at least for LPs to get into the black on realized investments plus any write-offs and write-downs. But, in fact, tax attorneys say that the partners often get their money back as part of the ordinary distribution of capital; in older funds they might even have gotten the money back first as a priority distribution.

To be sure, the partnership agreement makes clear the money is a profits interest. The money also may explicitly be subject to a clawback, or a return to LPs, if at the end of the day the partnership proves unprofitable. But again, the more the money looks like a sure thing to the IRS, the more risk the strategy may fail to work. Said one tax attorney of the fees-for-profits strategy: “There are angels dancing on the head of a pin here, and you can’t rule out the possibility of a challenge.”

So, partnership tax risk is a real—though rarely aired—aspect of the buyout business. In the next edition of Buyouts I’ll take a look at a second tax strategy—the offsetting of management fees with portfolio company fee income. Stay tuned.