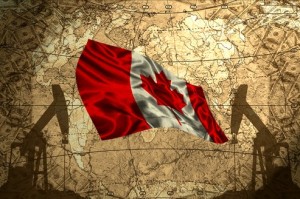 The Flexitallic Group, a manufacturer of static sealing products, including gaskets, for the global energy industry, has agreed to be acquired by Bridgepoint, a U.K.-based buyout firm focused on mid-market businesses. The €450 million transaction (or around US$590 million) is expected to close in July 2013. Flexitallic, which operates in Canada via the Edmonton, Alberta-based AGS Flexitallic Inc., has recently increased its activity in Canadian oil sands through acquisitions.

Bridgepoint today announced that it had reached agreement with Eurazeo PME on the acquisition of The Flexitallic Group (formerly FDS Group), global market leader in sealing product technology for the oil, gas and energy sectors. The transaction, which is subject to competition clearance, is scheduled to complete in July.

Bridgepoint will acquire a majority stake in the business, working alongside management and Remi Toledano, CEO of Flexitallic since 2010.

Flexitallic is an international market leader in specialised high value sealing solutions and products, most notably for the oil and gas industry’s upstream and downstream operations as well as for the power industry. The group, with operations in the US, Canada, China, France, UK, UAE and Kazakhstan, has a network of 750 specialist distributors, allowing it to meet client needs under all circumstances. It is well known for its innovation of high performing products such as its Thermiculite®, Sigma and its new semi-metallic joint ‘Change’ launched in 2012.

The group has benefited from the significant growth in the oil, gas and nuclear industries in both the developed as well as emerging markets. Two recent acquisitions (AFI in Canada and Custom Rubber Products in the US) have allowed it to position itself in the high growth alternative energy market in the US: oil sands in Canada and oil and gas shale in the US. It is forecast that an additional $117 billion will be invested globally in these sectors in the next five years, equating to a 12% annual growth rate.

Frédéric Pescatori, partner responsible for Bridgepoint’s investment activity in France, said: “The quality of Flexitallic’s service and products is impressive as is the dynamism and vision of its management team. Recent acquisitions in the alternative energy market offer compelling growth prospects not only in North America where the group is already present but also in Asia, Australia and South America. Bridgepoint intends to support the group with its geographical and technological expansion providing it with the means to double its size in the next five years.”

Remi Toledano, Flexitallic CEO added: “Bridgepoint’s investment comes at a key moment in our history. Having already doubled in size in the last two years, Flexitallic will now have the support of a new shareholder to help it pursue not only further penetration of our traditional markets in the US and Europe, but also further international expansion, notably China where we are positioned to supply the developing nuclear industry. We will also continue to invest significantly in innovation to enable us to serve clients worldwide.”

Olivier Millet, Chairman of Eurazeo PME, said: “We are very pleased to have accompanied The Flexitallic Group with its profound transformation and exceptional growth over the last six years. Thanks to the high-quality work of Rémi Toledano and his entire management team, The Flexitallic Group has demonstrated its capacity for growth, international acquisitions and rapid consolidations. Today it is a solid, innovative and responsible company that we have chosen to sell to a dynamic group, at whose side it will be able to pursue its growth trajectory.”