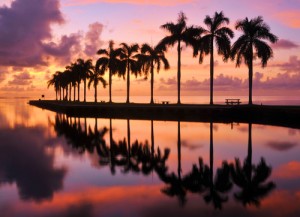 The Florida State Board of Administration recently gave a vote of confidence to TPG Capital, committing a total of $300 million across two funds in the first quarter, according to documents from the system.

However, one question that remained was whether Florida was going to re-up with TPG’s latest flagship vehicle, TPG Capital VII, which is in the market targeting $10 billion. Florida invested in TPG flagship funds IV, V and VI.

While it’s not clear if the retirement system will commit to Fund VII, sources recently told Buyouts the system is selling a big chunk of its private equity portfolio – including its interests in TPG Funds V and VI.

The net asset value of the portfolio for sale is about $850 million, with about $250 million of that represented by TPG fund interests, sources said. It’s not clear what other funds are in the portfolio.

It’s not clear why Florida is selling its stakes in the TPG flagship funds.

This is not the first time Florida has sold TPG fund stakes. Florida SBA, which oversees the $151.6 billion Florida Retirement System, sold an interest in TPG Fund IV in a sale of mature fund interests in 2013, according to information from the retirement system.

Park Hill Group is running the sales process for Florida.

Public pensions use the secondary market to manage their portfolios, selling out of managers they consider non-core. Florida’s 2013 sale included funds “that were approaching or had exceeded the end of their fund term. We viewed this as both a portfolio clean-up exercise and a way to redeploy capital into new opportunities,” Kuczwanski said at the time.

Park Hill Group< ran that sale, too. Along with TPG IV, that sale included older funds managed by Apollo Global Management, Carlyle Group, Leonard Green & Co and Hicks Muse Tate & Furst, among others, according to information from the system.

TPG Fund V and VI have been underperformers, but they have recovered to varying degrees in recent years, especially Fund VI.

Fund V, a 2006 vintage that raised more than $15 billion, generated a 3.1 percent net internal rate of return and a 1.2x multiple as of Sept. 30, according to the California Public Employees’ Retirement System.

TPG has raised at least $6.5 billion toward a $10 billion target for Fund VII,Buyouts previously reported. It’s not clear when that fund is expected to close.