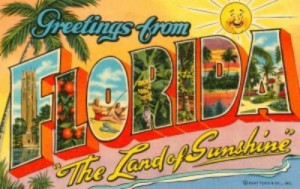 It took more than six months to fill the shoes of Jim Treanor, who left last August as head of private equity for the Florida State Board of Administration, which manages $154 billion in state pension and emergency money. But fill them they did, naming Trent Webster, a 15-year veteran of the system, to the crucial post of senior investment officer, according to Buyouts, peHUB’s sister magazine. Working under Webster will be John Bradley, who was promoted to the newly created position of director of private equity. Bradley is an 11-year veteran of SBA. Both appointments became effective on March 1.

As of Dec. 31, Florida’s main $126 billion pension, the Florida Retirement System, had 4.6 percent of its assets, or $5.8 billion, in private equity. The policy target allocation to private equity is 5 percent.

Ash Williams, the system’s executive director and chief investment officer, said in a statement, that the agency’s leaders “concluded the SBA is fortunate to already have among the best talent in the industry within its own ranks.”

Webster has been with Florida SBA since 1997. Since 2008, he had been responsible for managing due diligence on hedge funds and commodity managers. Bradley, who has worked for SBA since 2000, was most recently a private equity portfolio manager, responsible for sourcing and monitoring buyout and venture investments.

Meanwhile, the Florida Senate passed a bill raising the target on alternative investments to 16 percent and the cap on alternatives to 20 percent. The target for alternatives has been 10 percent since 2008. The state’s House also passed the measure, and the bill now awaits the signature of Gov. Rick Scott, which is expected. If the governor signs it, the measure would go into effect on July 1.

While the bill would raise the pension allocation to alternatives, the target for private equity is expected to remain at 5 percent, although the discretionary cap allows the allocation to go significantly above that target. The main impact will be on hedge funds, which will see their allocation rise significantly from its current level of 0.8 percent to a new target that will be as high as 11 percent (a bucket that also comprises opportunistic investments).