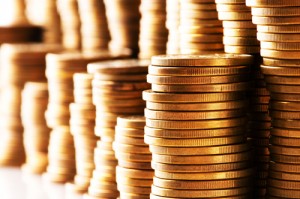 At its annual general meeting in Montréal last week, the Fonds de solidarité des travailleurs du Québec FTQ reported a ninth consecutive increase in share value in its 2012-2013 fiscal year, shareholders totaling 615,664, and net assets totaling $9.3 billion. Fonds chairman and FTQ president Michel Arsenault and Yvon Bolduc, president and CEO, also flagged continuing support for the 15% federal tax credit for investors in labor-sponsored venture capital corporations, citing 110,000 Québec residents who have either written to the Minister of Finance, or signed a petition, in opposition to the credit’s proposed elimination by 2017.

“The Fonds de solidarité FTQ posted a ninth consecutive increase in share value at the end of its 2012-2013 fiscal year. This is an excellent performance considering the economic uncertainty over the last years,” said Mr. Arsenault. “Thanks to the work of our specialized sector teams and our network of 16 regional and 85 local funds, we were able to help Quebecers save for retirement while at the same time contribute to job creation.”

“Despite the economic volatility of the past few years, the Fonds has been able to deliver a positive return by effectively managing its investments in SMEs and in the financial markets. The performance of our unsecured investments in companies impacting the Québec economy, especially, attest to the soundness of our strategies and to the strength of our entrepreneurs,” said Mr. Bolduc in turn.

“Supporters from all across Québec have come out to back the Fonds de solidarité FTQ since the announcement of the federal budget in March calling for the phase-out of the 15% tax credit by 2017. To date, over 110,000 Quebecers have written to the Minister of Finance or signed a petition, adding their voices to the Fédération des chambres de commerce du Québec, regional chambers of commerce and the Board of Trade of Metropolitan Montreal, all of which have publicly attested to the Fonds’ important contribution to the Québec economy. They, along with many business and other associations, are all asking that the federal tax credit be maintained,” continued Mr. Arsenault.

“With close to 40 briefs sent to the federal government and the support of more than 200 entrepreneurs and business organizations, the Fonds de solidarité FTQ will use this concensus to advance the benefits of the labour fund model at the consultations held by the federal government until October 14,” concluded Mr. Bolduc.

Created in 1983, the Fonds de solidarité FTQ has been driving the Québec economy for 30 years. With net assets of $9.3 billion as at May 31, 2013, the Fonds is a development capital fund that channels the savings of Quebecers into investments in all sectors of the economy to help create and maintain jobs and further Québec’s development. The Fonds is a partner, either directly or through its network members, in 2,395 companies. With 615,664 shareholders-savers, the Fonds helps create, maintain or protect 170,915 jobs. For more information, visit www.FondsFTQ.com.

Information for media representatives only: