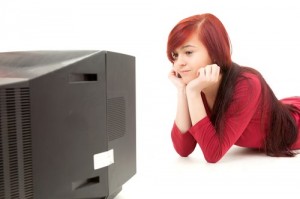 “The Fonds de solidarité FTQ is pleased to add Muse Entertainment to its cultural investment portfolio,” said Janie Béïque, the Fonds’ senior vice-president of natural resources, industries and consumer goods. “A Canadian leader in TV production, Muse is a growing company with expertise in international coproduction and a well-established worldwide distribution network.”

“Muse is fortunate to have the Fonds de solidarité back its growth,” said Muse president and CEO Michael Prupas. “Our Canadian and Québec teams have a bright future ahead of them in international TV production.”

Founded in June 1998, Muse today employs some of the country’s best film and television producers, talent and crews. A Canadian leader and one of the most active companies on an international scale in the field of international coproductions, Muse is widely recognized for its high-quality film and television productions with strong global appeal. Since its creation, Muse has produced, co-produced and provided production services for over 170 television movies and mini-series, TV series and feature films. The company has also received 299 nominations and 95 awards, including 14 nominations for Emmy© Awards, of which it won five. Headquartered in Montréal, Muse has development and production offices in Toronto and Los Angeles.

The Fonds de solidarité FTQ and the Fonds régionaux de solidarité FTQ have invested over $111.9 million in the last 30 years to back Québec’s cultural enterprises. Investments made in the Fonds’s current 46 partners in the cultural sector have helped create, maintain and protect almost 900 jobs.

Created in 1983, the Fonds de solidarité FTQ has been driving our economy for 30 years. With net assets of $8.8 billion as of November 30, 2012, the Fonds is a development capital investment fund that channels the savings of Quebecers into investments in all sectors of the economy to help further Québec’s economic growth. Its investments contribute to the creation and maintenance of jobs in Quebec businesses and favour economic development. The Fonds is a partner, either directly or through its network, of more than 2,000 companies. With its close to 600,000 owner-shareholders, it has helped, on its own or with other financial partners, to create, maintain and protect close to 170,000 jobs. For more information, visit www.FondsFTQ.com.

Information for media representatives only: