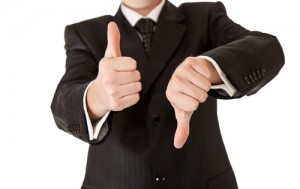 (Reuters) Sysco Corp (SYY.N), the biggest U.S. food distribution company, has scrapped a controversial plan to merge with its biggest rival US Foods [USFOO.UL], the company announced on Monday.

Cancellation of the deal means that Sysco will be required to pay a $300 million break-up fee to US Foods and another $12.5 million to a second company, which had agreed to buy 11 facilities that Sysco hoped to sell in order to satisfy U.S. antitrust regulators.

The Federal Trade Commission filed a lawsuit to block the deal in February, and a U.S. federal judge ruled in the agency’s favor last week.

“After reviewing our options, including whether to appeal the court’s decision, we have concluded that it’s in the best interests of all our stakeholders to move on,” Bill DeLaney, Sysco president and chief executive officer, said in a statement. “We believed the merger was the right strategic decision for us and we are disappointed that it did not come to fruition.”

Sysco has also decided to spend $3 billion over the next two years to buy back shares, in addition to the share purchases that it already does, the company said on Monday. “Sysco will continue to assess the merits of repurchasing shares over time,” the company said in a news release.

The failed deal has come at a hefty price.

In addition to paying off partners in the now-scrapped merger plan, Sysco has spent more than $400 million on a combination of integration planning, financing charges and defending the transaction in court, based on a Reuters analysis of its filings. To put that into context, Sysco’s net profit for its fiscal year ended June 28, 2014, was $932 million.

The FTC had argued that the deal combining No. 1 and No. 2 in the industry would create a behemoth that could raise prices on goods delivered to national customers like hotel and hospital chains, who need delivery of a broad range of products ranging from vegetables to cleaning supplies. The FTC said Sysco and US Foods together had 75 percent of that market.

In an effort to address FTC concerns, Sysco offered to sell 11 distribution centers to the nation’s No. 3 Performance Food Group to build them up into a new national competitor.

The FTC also has a second deal that it is preparing for a trial to block. In May, it sued to stop the proposed $1.9 billion merger of medical technology provider Steris Corp and British sterilization services provider Synergy Health Plc.

The case is Federal Trade Commission v. Sysco Corp, in the U.S. District Court for the District of Columbia, No. 15-00256.