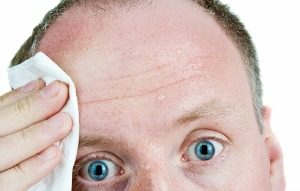 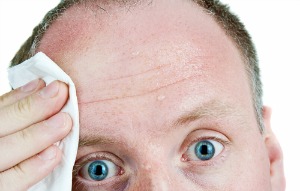 This year’s Presidential election did not do private equity any favors. And House and Senate races did little to calm stomachs in executive suites across the country.

Sure, the House GOP maintained its dominance, providing the potential to break up any bill to increase carried interest taxation. But there are plenty of ways to package carry tax into a broader bill—perhaps, one that helps America dodge the fiscal cliff—and the clout of House Republicans that came to power on the strength of the Tea Party isn’t likely to lend itself to private equity any time soon.

Cutting federal spending is the name of the game on both sides of the aisle, however, partisanship is certain to interfere about how, and whether, it will be a success. With Mitt Romney no longer the GOP darling (especially with New Jersey Governor Chris Christie waiting in the wings with potentially oodles more appeal to the average American that the former Massachusetts governor), PE lacks a strong voice to lend it support. Unfortunately, it needs one now.

After all: can anyone really taxing private equity executives less than that of the vilified banking community? Is it plausible that the capital gains tax rate would potentially be increased, but carry tax left untouched? It is not very likely. It would be almost impossible for a Democrat to not support the idea (perhaps, excluding Chuck). Now, Democrats will have to sell it on the other side of the aisle.

Private equity’s carried interest taxation can be presented as one side of a piece of legislation that is certain to make Tea Party pols salivate. A mantra of the growing GOP splinter group is that it aims to reduce “entitlement spending,” a broad term encompassing many social programs, one of them, welfare. President Obama knows well that a decision must be made during his watch, so as not to kick a can into another prospective Democrat administration that could otherwise be resolved during a lame-duck session. He might get a better deal now, as US markets face almost certain turmoil, than in a less turbulent environment.

And, this is where PE could be most vulnerable. Should a compromise involving entitlement spending and carried interest be established, it would prove inextricable for even GOP pols that take fistfuls of campaign cash from the private equity and banking community. Anyone caught backing out of the deal would be subject to campaign advertisements from opposition next election cycle portraying them as taking from the poor, without taxing the rich. Given how the Romney 2012 campaign played out, it is clear low-income would-be Republican voters are already getting the message.

As the US approaches the so-called fiscal cliff, the need to increase federal revenue and to reduce spending commitments, PE won’t get any of the breaks it would have under a Romney administration. The only saving grace for private equity pros throughout negotiations are the voices they must compel from state pensions: that their carry, as well, goes to fuel graying retirement bases. And those folks vote.

Republicans will need a surge of volume from pensions and pensioners’ voices in order to combat a carried interest tax increase. There are too few arrows left in the quiver. Those constituents, however, may be drifting further from Republican values as the Tea Party shapes the new GOP—similar, in a way, to how the state pensions that have made up PE limited partner groups are backing away from some PE shops.