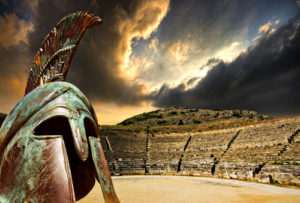 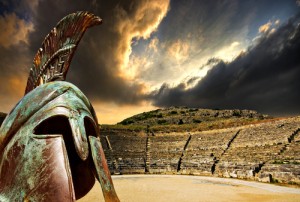 It’s that time of the year when every VC (or, well, most VCs) secretly pulls up Forbes’ Midas list and, with bated breath, scrolls down to see where he or she ranks. The rest of us get to debate the merits of how the list is put together and what purpose it serves, really. Forbes primarily uses exit data (see methodology here) from IPOs and M&A activity.

From my perspective the problem with the list is that it focuses on individuals when venture capital is a team sport. It’s like giving a medal only to the member of a relay team who crosses the finish line.

One GP hit on the head when he told me, “I’d rather be Mygdon over Midas.” He was referring to King Mygdon, who shunned fame and toiled in the trenches. Mygdon is much more representative of what VC is about than Midas.

If Forbes ever gets around to creating a Mygdon List, I’d like to suggest that it include venture capitalists like the following, who did Mygdon-like work alongside founders in building great companies:

• Sean Parker, Founders Fund. He helped coach Mark Zuckerberg and got Peter Thiel into Facebook at $5 million pre (seed round) and Accel in at $100 million pre (Series A).

• David Hornik, August Capital. As Splunk’s first institutional investor, David played a key role in sourcing CEO Godfrey Sullivan, who had prior leadership roles at Oracle and Hyperion. He invested in the company, currently valued over $4 billion, at less than $10 million pre.

• Tim Connors, PivotNorth Capital. Tim backed Guidewire when it was six founders in a room with a PowerPoint and a dog. He invested at $4 million pre. Today, the company is cited as the top IPO of 2012 and enjoys a market cap of $2.5 billion. Tim is not on the Midas list, but he would definitely be on the Mygdon list.

• George Zachary, Charles River Ventures, and Jason Green, Emergence Capital Partners. George and Jason were the Mygdons of Yammer. They were both mentors to David Sacks, founder and CEO. George, who invested first, knows consumer and viral. Jason, who invested in the Series B, knows SaaS. Four years later, Microsoft paid $1.2 billion for Yammer.

To uncover some Mygdon gems, ninja coder and geek-turned VC Jerry Neumann sat down one fine evening and generated a Midas “feeder list” using some python code. He used CrunchBase data to rank the seed stage firms with the highest Midas hit-rate.

See his his entire list and blogpost here. “It’s not a perfect list, but I wanted an ‘out of the box’ approach to finding companies that went on to raise money from top-notch Series A firms,” Neumann says. “It took all of 15 minutes to plug in the code, and it shows which VC is doing the real work. And, yes, I was relieved to find myself still on the list.”

Neumann, who has invested in several digital media and tech startups in NYC, notes: “The Midas list is entertainment – it’s geared to rank a certain model of investing that does not reflect the universe of funds anymore. Ranking them purely on how much money they make in the short term just shows one side of what they do (albeit the more easily measured side, to be fair.) But if you are a VC’s customer – an LP or an entrepreneur – then don’t you also care if they pick or help build good teams, if they get their companies customer attention, or if they reduce capital-raising risk?”

A lot of us would agree, including those on the Midas list. Peter Barris of New Enterprise Associates (NEA) remarked at Thomson  Reuters’ Venture Alpha East conference that the firm was deliberately not named after any particular partners because it is bigger than the individual partners. NEA also splits carry equally, as I understand it. No attribution fistfights in the NEA back alleys.

The reason firms matter more than individuals is simple: Any LP starts with the track record of the fund (CoC, IRR, net of fees, gross, realized versus unrealized) and then starts to dig into the portfolio. After they slice and dice the portfolio, good LPs often find a clever-by-half GP who has masterfully attributed every winner to his or her name. One LP told me “everything this GP had touched had turned into gold. The fun began when I started to do reference calls.”

If I were an LP … No offense to Accel, which had nine GPs on this year’s Midas List, but I wouldn’t waste much time trying to get into Accel’s next fund. I’d get ahead of the wave and get into these Midas feeder funds.

If I were a VC … I’d be co-investing with the feeder funds.

Mahendra Ramsinghani is the author of “The Business of Venture Capital” (Wiley Finance) and plans to co-invest aggressively with Mygdon and Neumann List VCs. If you know of such VCs, feel free to tweet him @mahendra_gr