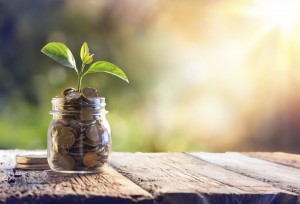 Andrew Weinberg, a longtime partner at Lindsay Goldberg who left last year, is in the market raising the debut fund for his new firm, Brightstar Capital Partners, according to a limited partner who has heard the pitch and according to a filing with the SEC.

How much Weinberg is targeting for the fund isn’t exactly clear. The LP said Brightstar Capital Partners Fund I is targeting $300 million to $500 million, but Weinberg did not return a call for comment Friday.

Brightstar filed a Form D for the fund on March 3 but didn’t indicate a target. The only executive listed on the Form D is Weinberg.

The firm targets middle-market companies, investing $50 million to $300 million in each portfolio company over the course of the investment, the firm said in a recent press release.

Brightstar completed a deal on March 31, acquiring a majority stake in Global Resale LLC in partnership with the company’s founder and chief executive, Jeff Zeigler, according to a press release. Brightstar committed an initial $50 million to the provider of aftermarket services and reverse logistics that focuses on the resale, buyback and disposition of tech devices.

It’s unclear where Brightstar got the capital for the investment. It’s common for GPs at new firms to use their own money to make initial investments and start to build a track record to show potential investors.

Weinberg worked at Lindsay Goldberg from 2003 until last year. He also worked at Goldman Sachs and Morgan Stanley earlier in this career, according to his biography on a cache version of Lindsay Goldberg’s website.

Brightstar’s website doesn’t disclose team members. The press release lists tech executive Tom Meredith as a senior partner at Brightstar. The press release also lists Renee Noto as a partner in business development at the firm. Noto did not return a request for comment Friday.

According to LinkedIn, Ken Kilroy, co-founder and former CEO at Unity Investment Partners, and Raul Deju, chairman and CEO of Deju Management Advisors Inc, are both listed as senior partners at Brightstar.