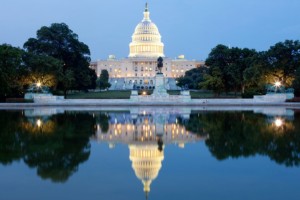 Yanev Suissa, formerly affiliated with New Enterprise Associates and a onetime investment official in the U.S. government, has launched a new venture firm that will focus on connecting Silicon Valley to the public sector, according to two people with knowledge of the plans.

Suissa declined to comment. But two people familiar with the firm, one of whom is a limited partner who has heard the pitch, helped fill in the details.

The firm is called SineWave Ventures and is preparing to hit the fundraising circuit with a target of $100 million for its debut fund, the people said. The fund is not yet officially on the market, but is expected to launch soon, one of the people said.

SineWave, based in the Washington, D.C., area, will focus on investments in Series A and Series B rounds and occasionally Series C. The firm will not do seed investing, one of the people said. It is unclear if Suissa will bring on additional partners, but the large fund size would seem to indicate that this is not a sole GP fund.

The firm will invest alongside other venture firms in private companies, but will take on the role of helping portfolio companies navigate the public sector. This could include helping to match technology to government agencies that need it, but don’t know how to get it, as well as helping startups deal with the kind of political risk that can impact new technologies, such as digital currencies, the sources said.

“There’s so much going on in Washington that impacts a company, whether related to money available to companies to perform services, to procurement of technology the government needs to get its job done, to trying to craft regulation that makes sense,” one of the people said. “Sometimes companies have trouble accessing the public sector, they’ve never had a trusted person” handling that.

SineWave’s mission reflects Suissa’s experience in the public and private sectors. Suissa was a senior investment officer in the Bush and Obama administrations from 2007 to 2010, where he worked on underwriting billions of dollars of debt for issuance to new, innovative tech companies, according to his bio that was available on NEA’s website.

He worked at NEA as a venture fellow from 2009 until earlier this year, when he left to launch SineWave Ventures. At NEA, Suissa focused primarily on early-stage investments, according to his LinkedIn profile.