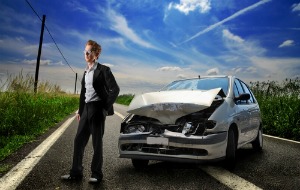 LONDON/SINGAPORE, June 1 (Reuters) – Motor sport racing company Formula One has delayed its Singapore initial public offer worth up to $3 billion, the fifth big Asian IPO to be postponed or pulled in a week, as weak markets bring the global market for new listings to a shuddering halt.

Formula One, which planned to list in Singapore, has become the latest issuer to hit the brakes, dropping plans to lodge its IPO prospectus with Singapore regulators early next week, sources familiar with the company’s decision said on Friday.

But Bernie Ecclestone, the sport’s boss and a part-owner of the company, said in an interview with Reuters that Formula One was biding its time, not scrapping the IPO altogether, and that its bankers would continue to meet prospective investors.

“We are getting prepared so all these things are done and then whenever we want to go, we can go,” the 81-year-old billionaire said.

On Thursday, London luxury jeweller Graff Diamonds ditched its $1 billion IPO in Hong Kong, Asia’s IPO capital, which along with the United States has seen a slump in initial offers. Deal volumes in Hong Kong have dived 85 percent so far in 2012. In the United States, 12 IPOs were pulled or delayed in May.

Facebook has contributed to the chill in the American IPO market. In just 10 trading sessions, shares in the social networking phenomenon have tumbled from an initial price of $38 each to $29.60, offering a stark warning to any company on the fence about entering the public markets.

Excluding Facebook, 72 U.S.-listed companies have filed so far this year, raising proceeds of $13.1 billon, a 53 percent decrease from a year ago, according to Thomson Reuters data.

“This has created a crisis of confidence,” said Scott Sweet, managing partner at IPO Boutique, based in Florida. “The companies still in the pipeline will stay in the pipeline. There is no reason to rush out when the granddaddy of them all has come and gone and left an indelible negative impression.”

This month, both Georgia’s state railways monopoly and Russian real estate investor O1 Properties pulled planned London listings, blaming volatile markets as uncertainty over the future of Greece deterred investors from taking the risk of putting money into IPOs and emerging markets.
In the immediate aftermath of Facebook, Corsair Components and Tria Beauty both postponed U.S. offerings. Research firm Renaissance Securities said this month that American IPO filings and pricing were both down sharply this quarter.

“Anything that is out there is going to be subject to a valuation haircut. And the deals that are being postponed (are) at companies that are unwilling to undergo those valuation reductions,” said David Menlow, president of IPOFinancial.

For now, though, some companies continue to press ahead with offerings in Asia.

On Thursday, Malaysia launched the biggest Asian IPO to hit the road so far this year: a $3 billion offer in Felda Global Ventures Holdings Bhd, the world’s third-largest palm plantation operator. It is preparing for a market debut on June 28.

Felda is not expected to suffer the same fate as Graff. So-called cornerstone investors are taking about two-thirds of the shares, and the Malaysian government is using the sale to deliver a windfall of more the $500 million to tens of thousands of landholders ahead of an expected election.

Also in Malaysia, state investor Khazanah Nasional plans to raise up to $2 billion in an initial offer of shares in IHH Healthcare Bhd, which aims to list in Malaysia and Singapore in July, a source with direct knowledge said.

The biggest IPO still in the Asian pipeline is Chinese state-owned insurer PICC Group, which plans to raise up to $6 billion in a Hong Kong-Shanghai dual listing. IPOs from Chinese state-owned entities could be less sensitive to market volatility because they tend to be supported by funds of other government companies and by China’s sovereign wealth fund.

Deals from so-called defensive sectors such as utilities or high-dividend companies should also fare better in the current market, though no IPOs are considered easy sells, bankers said.

Meanwhile, there is a small ray of light in the European IPO tunnel: Spain’s Telefonica said on Thursday it would list its German unit, in a move to cut debt and potentially free up capital for dealmaking.

Formula One is also still holding out hope that it can come to market before year-end. “It’s going to be this year, we said we would do it this year,” Ecclestone said.

Some stock analysts said the so-called IPO window could indeed reopen later in the year – provided China eased monetary policy and Europe found some resolution to its debt crisis.

“Bankers aren’t very optimistic for the second half, it’s going to be very difficult,” said one Hong-Kong based capital markets lawyer.

By Alan Baldwin and Saeed Azhar