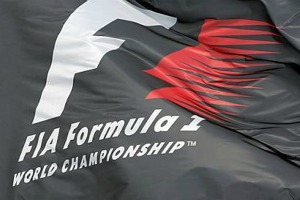 (Reuters) – Formula One (F1), the top global motor racing series, is considering options for a stock market listing, a source told Reuters, as media reports put Singapore on the map as its preferred location for the float.

CVC Capital Partners, which acquired majority control of F1 in 2006, would continue to be a long-term holder of the business and the initial public offering (IPO) option being explored is for only part of the company, the source said.

Britain’s Sky News first reported over the weekend that CVC has asked Goldman Sachs to examine a placement of some F1 shares with a new investor. This would be a precursor to a formal IPO process in Singapore, the news channel reported.

The source, who asked not be identified as the discussions are private, declined to comment on the Sky report.

CVC owns 63.4 percent of Formula One and an IPO could value the company at more than $10 billion, media reports say. A minimum 15 percent float in Singapore would make the deal worth $1.5 billion.

While Manchester United’s Singapore IPO was put on hold due to volatile markets, sources have told Reuters the club has not abandoned its plan to list in Singapore but that no decision has been made on the timing.

Singapore, which competes with Hong Kong for international listings, became the venue for the world’s first night-time Grand Prix in 2008 in efforts to make it a more attractive place for tourists.

Investor reaction to such a listing could be difficult to gauge as there was plenty of skepticism around Manchester United’s business and profitability when the club was preparing for a public float last year.

“The same thing will apply to F1. At the end of the day it depends on their profitability and whether they can generate returns for shareholders,” said Ng Kian Teck, lead analyst at SIAS Research in Singapore.

“But F1 has good branding and strong market share and they are probably one of the few players that could do racing events to their kind of scale. That would probably put them on a better foothold compared to Man U.”

F1’s revenue for the current 20-race season, which began at the Australian Grand Prix on Sunday, will reach $2 billion for the first time in the current season, said industry monitor Formula Money.

In a recent report, Formula Money added that new races in the United States and Russia will help boost income from F1’s commercial rights by almost 50 percent to $2.9 billion by 2015.
Private equity firm CVC owns F1’s commercial rights, which are managed by Briton Bernie Ecclestone, 81, who has led the sport’s commercial development over the past four decades.

The F1 teams are negotiating to extend the Concorde Agreement – their confidential commercial deal with the rights holder which expires at the end of this year.