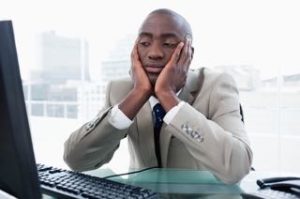 Fortress Investment Group credit guru Peter Briger believes the credit investment environment remains uninteresting even though the firm is closing in on $5 billion for its next flagship credit fund.

“The environment for credit is less interesting,” Briger, principal and co-chairman of Fortress, said on Fortress’ fourth-quarter earnings call. “The energy sector, we just had a lot of trauma. It is becoming an area that is interesting, but there is still a big amount of capital out there chasing credit opportunities… The perception of risk and credit is not interesting from a general investment perspective.”

Briger’s sentiment mirrored his words during the firm’s third-quarter earnings call in October, when he said: “Today, the opportunity for credit investing is not apparent to non-existent… If we are able to raise a significant amount of capital, it will be for future opportunities as they come as the system gets shocked.”

Many investment professionals have been watching the energy sector, parts of which have been hit hard by a collapse in the price of oil. While some energy-focused private equity funds have started to mark down energy investments – especially those involved with hard assets like storage, transportation and pipelines – there hasn’t been a flood of bankruptcies.

Some industy sources have told Buyouts the true energy-related distressed opportunity could come in the second half of the year.

Buyouts reported in February that Fortress was expecting an “imminent” close on Fund IV. Fund IV will comprise a commingled fund with about $2.8 billion, with the balance in related accounts, Buyouts reported.

Fortress’ credit private equity funds I and II generated annualized, since-inception net IRRs of 25.6 percent and 18.2 percent, according to Fortress’ fourth-quarter earnings report. The firm distributed $400 million to LPs in Q4 and $1.8 billion for the full-year 2014, the firm said.

Fortress also held a first close on about $800 million for Fortress Japan Opportunity Fund III, according to the report.