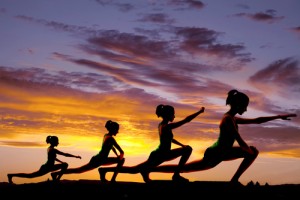 (Reuters) Chip Wilson, who founded Lululemon Athletica Inc (LULU.O) and left its board earlier this year after disagreements with fellow directors, is now looking to potentially sell his family’s estimated $1.3 billion stake in the yogawear maker.

A sale would give Wilson a huge war chest to throw into his family’s latest venture – Kit and Ace – a Canadian apparel start-up. The retailer is set to open stores in Australia, Britain and Japan this year.

Sources familiar with the situation have previously said the Wilson family is expected to invest as much as $300 million to fund the expansion and rollout of Kit & Ace stores in the coming years.

Lululemon, which disclosed the news of the potential sale of the Wilson family’s stake in a regulatory filing on Thursday, said Wilson, his wife and other entities that they control may look to sell all their shares.

“The prospectus supplement filed by Lululemon simply enables Chip Wilson to sell his shares in the future, if he chooses to do so, on the same basis as any other stockholder,” a spokesman for Wilson said in an email.

Lululemon shares were down about 2 percent at $65.40 on Nasdaq.

According to sources familiar with the matter, Wilson left the board earlier this year after it failed to move forward on governance reforms that he had pushed for last year.

Lululemon, which is pursuing international expansion in the face of growing competition, averted a proxy war last year when Wilson agreed to sell half his stake in the company to Advent International, a private equity firm.

When Lululemon’s board reached a settlement that essentially ended a face-off with Wilson last year, it said it would have an independent expert review its governance policies and the composition of its board. It has yet to outline any of the review’s findings or make changes to its governance practices.

Wilson and his family, who have the right to nominate one member of the board, did not pick a nominee for election to the board at Lululemon’s shareholder meeting earlier this month.

Wilson told Reuters in April that he had difficulty finding a qualified candidate willing to join the board given that the review he pushed for had not led to anticipated changes to the board’s structure, make-up and plurality voting system.

Lululemon could not immediately be reached for comment on the potential sale of the Wilson family’s stake or the status of the review.