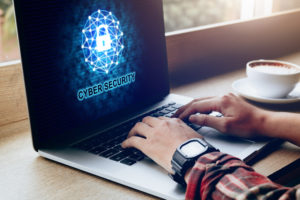 The firms hired Morgan Stanley to provide financial advice on the sale process, which is expected to launch in later in June, the people said.

SonicWall, based in San Jose, California, is a provider of business network security solutions to small and medium-sized businesses and enterprises worldwide. SonicWall’s offerings include sophisticated network security, access security and e-mail security.

The company grows 10 percent annually and generates around $125 million in EBITDA and nearly $400 million in revenue, the people said.

It’s unclear how much SonicWall could sell for, but other quality businesses in the cybersecurity space have been trading at 20x EBITDA or higher. That suggests a potential valuation north of $2.5 billion, based on general analysis of market trends.

The SonicWall platform and brand was formed by Francisco and Elliott about four-and-a-half years ago.

The firms in November 2016 acquired Dell Software Group from Dell Inc. On Elliott’s side, the investment was led by Jesse Cohn, a senior portfolio manager and head of US equity activism, who also heads the firm’s efforts in technology investments.

As part of the deal, Francisco and Elliott divided the newly carved-out asset into two separate companies: SonicWall, the cybersecurity business and Quest, an IT administration and security company.

The parent company of both SonicWall and Quest was named Seahawk Holdings, with the two businesses bringing on new CEOs: Jeff Hawn took the helm at Quest, while Bill Conner became CEO of SonicWall.

A year after the joint investment, in November 2017, Francisco and Elliott completed a $2 billion refinancing of Seahawk Holdings, which aimed to “significantly reduce its interest expense to allow both companies to further invest in growth of its new products and services,” according to a press release shared at that time. The refinancing was oversubscribed, the announcement noted.

If history is any indication, SonicWall ought to appeal to a number of active software investors that have shown interest in cybersecurity, which includes firms the likes of Thoma Bravo, Vista Equity, Advent International and TPG Capital.

Cybersecurity solutions have grown in popularity through the pandemic as more businesses were forced to undergo digital transformation. An increase in digital communication, cloud adoption and data transfers continues to call for a greater need in data protection solutions amid the rise of cyber threats, providing a positive tailwind for companies like SonicWall.

Francisco Partners and SonicWall declined to comment. Morgan Stanley and Elliott Management did not respond to PE Hub’s request for comment.