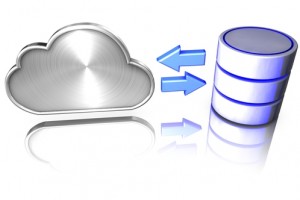 Francisco Partners announced Wednesday that it was buying Plex. Apax, along with other shareholders, was the seller.

Petri Oksanen, a Francisco principal, declined to disclose how much the PE firm was paying. “We are acquiring a majority,” Oksanen told peHUB.

The transaction is expected to close toward the end of the month, Oksanen said. Auburn Hills, Mich.-based Plex provides cloud ERP software for manufacturers like Vornado Air, Groeb Farms and Phoenix Logistics. Plex employs 242 people. The company is believed to produce $40 million to $50 million in revenue.

Plex won’t be combined with any of Francisco’s other investments but will be a standalone company, Oksanen says. “They’ve grown nicely thus far and will continue to grow into a big and successful a player as can be,” he says.

Francisco, a tech-focused PE firm, has made prior investments in the cloud (think Aconex, EmailVision and the firm last year sold AdvancedMD to ADP). Oksanen agrees that the cloud sector is hot and says Francisco sought out Plex because they are leaders in the ERP software space.

The ERP market is the last bastion of enterprise software to transition to the cloud, he says. There’s much more work involved in moving ERP solutions to the cloud, Oksanen says. Within a manufacturing company, ERP solutions are used by almost all departments and have a much greater impact on the business than “point solutions oriented toward sales or human capital management,” he says.

“People have historically been more hesitant to have this core business software outside the four walls of their enterprise,” Oksanen says. “But this is beginning to change and why we are so excited about Plex Systems.”

The investment comes from Francisco’s third middle market tech fund, which raised $2 billion in February 2011. Oksanen declined to disclose how much of the pool has been invested.

For Apax, the Plex deal dates back to 2006 when the global buyout shop acquired a majority of the company. Jason Wright, an Apax partner, wouldn’t say how much Apax invested. However, in 2009, Apax injected another $5 million of capital into Plex to accelerate its growth, Wright says. The Plex investment came from Apax’s last U.S. focused buyout fund, which raised $856.2 million in 2006 (Apax is currently fundraising for a $12 billion global buyout fund).

Wright wouldn’t disclose an IRR for the Plex investment. Since 2000, realized software investments have achieved a weighted average return of 4.6x for Apax Funds, according to statement. The return on Plex was in line with the firm’s historical performance in enterprise software investments, Wright says.

Also, the company’s fortunes appear to have improved under Apax. Since 2007, Plex’s revenues and headcount have each tripled, Wright says.

Apax decided to sell because it has owned Plex for six years, Wright says. “It was a logical time to consider liquidity for the shareholders,” he says. An auction of Plex began in early 2012, which included bids from both strategic and middle market PE firms. Lazard advised on the sale of Plex.

The process was competitive, Wright says, but he wouldn’t disclose who else was involved. “It was a great outcome for all the shareholders and for the company as well,” he says.

(CORRECTION: A prior version of this story reported that Oksanen is a Francisco partner. He is a principal. The story has been corrected.)