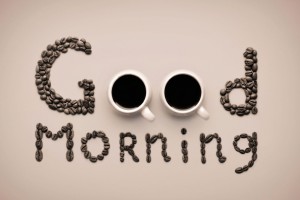 So Mike Milken got a pardon. What do you think, did he deserve it? What about his former pal, Ivan Boesky, should he get one too? Reach me at cwitkowsky@buyoutsinsider.com with thoughts.

Big deal: Nautic Partners, a secretive firm out of Rhode Island, is exploring the sale of ExactCare Pharmacy, writes Sarah Pringle over on PE Hub. The company produces $30 million to $40 million of EBITDA, she writes.

Stake sale: Comvest Partners sold a minority stake in the management company to Affiliated Managers Group. The GP will use proceeds from the sale to invest in future funds, the firm said in a statement. Comvest senior partners will continue to own a majority of the equity in the firm after the deal.

Bloomy: So which Mike Bloomberg would we be getting as president? The guy who thought Dodd-Frank regulations were stupid, or a man of the people closer in principle to Elizabeth Warren than Donald Trump?

Bloomberg released his financial reform plans, which lean further toward the left than perhaps many Wall Streeters expected. He focuses in on restructuring the Volcker rule, part of the 2010 Dodd-Frank financial reform act that limits banks’ ability to trade off their own balance sheets. Volcker also limited banks’ ability to raise in-house private equity funds, or be investors in outside PE funds, which greatly reduced banks’ presence as major investors in the asset class.

Bloomberg plans on introducing a 0.1 percent tax on all financial transactions and imposing limits on high speed trading. As well, he wants to establish a corporate crime group within the Department of Justice.

His platform also includes plans to reinvigorate the Consumer Financial Protection Board, which has been gradually gutted by President Trump, expanding its scope to auto lending and credit reporting. He said he’ll eliminate exorbitant overdraft fees, curb abusive debt collection and rein in predatory lending practices.

What all this means for private equity is anyone’s guess, but the way it’s heading, I wouldn’t be surprised to see carried interest reform emerge as part of his platform. Bloomberg said if he wins the presidency, he would sell his company, but not to a foreign-based buyer or a private equity firm. Why not? I put some questions to the campaign yesterday and will report back with any response.

Meanwhile, look for Bloomberg tonight in his first Democratic debate in Nevada. He’ll be catching flack from all sides based on some of his big-mouth proclamations in the past. Maybe he should adopt the Trump method of never apologizing for anything, ever.

Franklin Resources agreed to buy Baltimore-based investment management firm Legg Mason for $50 per share, or $4.5 billion. Trian Fund Management, which owns about 4 million shares or 4.5 percent of the outstanding stock of Legg Mason, entered a voting agreement to support the sale. Check it out here.