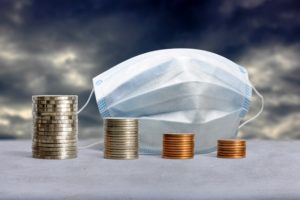 Everyone has their own version of isolation. This week the world felt particularly shaken up outside of the pandemic. Wild T-storms triggered tornado warnings in the tristate area and an earthquake rattled Los Angeles.

Meanwhile, more than 100 firefighters hit the scene a couple blocks from my apartment, waking me and my neighbors in Greenpoint, Brooklyn in the middle of the night to put out a Level 5 fire.

I also caught up with Ben Magnano of Frazier Healthcare Partners this week, who dialed in from the middle of a power outage in Big Sky, Montana, where his family is waiting out the coronavirus crisis.

Magnano had some interesting updates to share on what the Seattle-based healthcare specialist has been up to in recent weeks.

All hands on deck
Frazier Healthcare Partners isn’t only helping its own portfolio through measures including suspending board management fees for some companies. The firm is in regular dialogue with the White House Coronavirus Task Force to help inform the path to the country’s reopening, Magnano told me.

Simply put, the firm began compiling a covid-19 dashboard weeks ago after the turmoil hit – with detailed trajectories around new cases, new deaths, coronavirus testing, fastest growing areas or ‘hot zones’ and a state opening scorecard, among other things.

The analysis was initially created for internal purposes and to share every three weeks on an expansive virtual session, organized in partnership between Frazier’s Growth Buyouts and Life Sciences platforms, Magnano told me.

“And as a somewhat crazy aside, I’m not sure how this happened, but the Pence Task Force was made aware of the session,” Magnano said. “It became clear they have a team of data scientists trying to form the thinking around when the country reopens.”

Under a period of time where cash is king, Frazier also is spending a lot of time thinking about internal needs. Still, one of two deals under exclusivity when things hit the fan in March remains active, the investor said.

“The pig is working its way through the python,” Magnano said.

Check out my full story for more details on Frazier’s covid-19 dashboard and what’s going on inside the firm’s portfolio.

Top Scoops
After seeing Blackstone and TPG put more than a combined $3 billion to work in the healthcare sector, this week was relatively quiet on the deal front.

That said, TPG managed to clinch debt financing for its $1.2 billion acquisition of behavioral health provider LifeStance Health, according to sources familiar with the matter. Check out my story to find out who stepped up.

Day in the life: In a time where all the news seems to be bad news, we’ve launched a new column that looks behind the scenes of PE execs daily lives in quarantine. Kicking things off is Eric Liu of EQT.

Liu, who led big bets for EQT last year including Waystar and Aldevron, is keeping up with his ‘quarantine routine’ in the Connecticut ‘burbs. The investor enjoying the perks of family time while he gratefully maintains business as usual thanks to EQT’s huge bets in tech a few years ago. Check it out.

If you’re interested in participating, send me a note!
People move: BC Partners has appointed Pascal Heerling as a partner for its London office. Previously, he worked at Abu Dhabi Investment Authority. Read our brief.