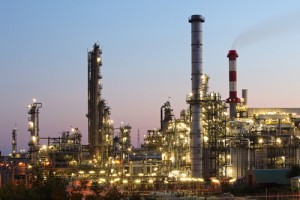 The Carlyle Group announced today that it and Sunoco Inc. have agreed to form a joint venture to revamp a major oil refinery in Philadelphia—the oldest and largest on the East Coast—saving some 850 jobs while laying the groundwork for potentially hundreds more, Buyouts reported earlier.

The Washington, D.C.-based firm is funding the venture with its new small-market growth fund, a sizable financing commitment from the state of Pennsylvania and with support from organized labor, which often butts heads with private equity firms.

The United Steelworkers has “had good relations with Carlyle,” the union’s International President Leo Gerard said in a conference call that included Carlyle executives and state and local government officials that at times became a sort of love-fest between Carlyle and the union. “They never try to take it out of the workers’ hide. There are some private equity firms we would not have worked with.”

“You might find it strange to have someone from private equity praising a labor leader, and I don’t want to sully Leo’s relationship,” David Marchick, a managing director at Carlyle, joked during the call, before profusely thanking Gerard and the union, which was slated to vote on the agreement later in the day.

Established in 1870, the refinery processes 330,000 barrels of oil per day into refined products. But Sunoco, which agreed in April to be acquired by Energy Transfer Partners LP for $5.4 billion, had pledged to shutter the refinery if it didn’t find a buyer, as it did in December with another refinery in Pennsylvania when no bidder emerged.

The deal could be a major lifesaver for the region—the refinery indirectly supports more than 10,000 jobs, according to officials—and eases fears that the refinery’s closure could result in rising prices for gasoline and diesel fuel this summer, as the Energy Information Administration warned in a February report. Pennsylvania’s Republican governor, Tom Corbett; Philadelphia’s Democratic mayor, Michael Nutter; and the Democratic U.S. representative for the area, Bob Brady, all worked on saving the refinery, as did Gene Sperling, the director of the National Economic Council.

The new venture, called Philadelphia Energy Solutions, plans to undertake several major capital projects, including the construction of a new high-speed train facility to feed the plant with cheaper domestic crude oil, which would reduce costs associated with importing oil. The venture also plans to exploit the natural gas boom from the Marcellus Shale, a large portion of which lies beneath Pennsylvania, to reduce the costs of powering the plant.

The investment marks “an initial building block” on the road to U.S. energy independence and “provides for growth, and that’s just what we need to do in a tough economy throughout the United States,” Corbett gushed during the conference call. “All I have to say is jobs, jobs, jobs,” Nutter proclaimed.

But in strictly monetary terms, the deal appears to be a relatively small one for Carlyle, which now manages more than $159 billion in assets globally.

The firm is not disclosing how much it is investing in the deal, but Rodney Cohen, a managing director at Carlyle who led the deal as the head of its equity opportunity group, gave a glimpse of the investment during the conference call when he noted that the refinery would require more than $200 million in capital.

More notably, a sense of its size emerges when looking at the funds from which Carlyle is investing. The firm is making its equity investment out of its Carlyle Equity Opportunity Fund, a new “U.S. small buyout/growth” fund the firm is raising that seeks to invest $25 million to $150 million per deal, according to the firm’s Web site. That’s much smaller than the checks the firm writes for big-name investments such as AMC Entertainment, Dunkin Brands and the Nielsen Co. via its North American buyout team, which is reportedly seeking to raise $10 billion for its sixth fund. The firm is also investing via Carlyle Energy Mezzanine Opportunities Fund, launched in 2010. That fund typically provides junior capital of $20 million to $200 million per deal.

Meanwhile, the state of Pennsylvania is putting up $25 million in state grants to support upgrades at the refinery, Corbett said during the conference call. Sunoco is contributing the refinery assets in exchange for a non-operating minority interest. JPMorgan Chase is also supporting the deal with an asset-backed loan.