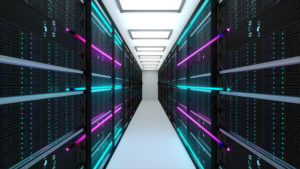 Frontenac has acquired and merged Domain Computer Services and Tier One Technology Partners in a bid to consolidate the fragmented managed IT services market.

The firm deployed capital from its $325 million Fund XI, closing the two-part deal on September 30.

Deal talks began with Zoom calls between Frontenac partners and the management of Domain in April and May. However, due-diligence conducted during the third quarter involved in-person interaction. The letter of intent was signed late July.

“It’s a pretty fragmented industry; a lot of these companies are getting calls from PE firms,” said Joseph Rondinelli, principal at Frontenac.

Frontenac was introduced to Baltimore, Maryland-based Tier One through Domain, which have known each other for about a decade.  “They have talked about potentially doing something together to tackle the white space in the industry,” Rondinelli said.

Cranbury, New Jersey-based Domain was having internal dialogue about either selling the business to another MSP [managed service provider] or building out their own large platform, Rondinelli said. The business wasn’t actively trying to sell, however, “other MSPs were looking to acquire Domain because of its size.”

“We reached out to them kind of around the exact same time they were looking for partners for growth,” he added.

The Chicago-based private equity firm purchased a majority stake in the combined entity but the “management continues to be owners,” said Michael Langdon, managing director at Frontenac, speaking from Chicago. The transaction was supported through debt provided by Deerpath Capital Management.

While covid-19 shook the roots of many retail and hospitality businesses, tech-enabled services have been a benefactor of this virtual environment.

“The businesses outsource IT services to [small and mid-sized business] clients with 25 to 150 employees, which is really the last thing a company is going to cut off especially during covid-19,” Rondinelli said.

That said, the pandemic has shifted the revenue mix for both businesses.

“Not a lot of people are doing hardware or software refreshes,” Rondinelli said. Revenue streams from project-based services such as installing new servers has slowed, but that was offset by a pick up in monthly managed service fees, he added.

Looking ahead, the plan is to enter new geographies and grow the customer base, in addition to reorganizing sales and pursuing add-ons, Langdon said.

Tier one focuses on non-profit industry clients in the Maryland and DC metro area, while Domain services law firms, financial services and other high-end professional clients in New Jersey, New York and Philadelphia.