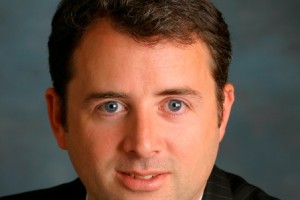 April was a good month for Financial Technology Partners.

The boutique, which focuses mainly on fintech, celebrated its 10-year anniversary last month. San Francisco-based FT Partners also scored its largest deal to date in April when New Mountain Capital agreed to buy AmWins in a $1.3 billion recap. FT Partners advised AmWINS, which is the biggest wholesale insurance broker in the United States by premiums placed. (While an insurance broker, AmWINS also has a tech platform, AmLink, that makes it fintech, I’m told.)

FT Partners also scored another win earlier this year when it advised SquareTrade. In January, the gadget warranty provider announced it received a $238 million investment from Bain Capital. “[We] executed one of the largest LBOs with AmWINS and the largest VC deal [of first quarter] with SquareTrade,” says says Steve McLaughlin, FT Partners’ managing partner, with his usual enthusiasm.

McLaughlin says he’s not surprised by his firm’s success. In 2002, he founded FT Partners, right after the dot.com crash and after leaving Goldman Sachs’ FIG group (he used to work for J. Christopher Flowers there). FT Partners has advised on more than 100 deals since then and opened up a New York office. The firm’s professional staff has grown to more than 35.

Known for his zeal in dealmaking, McLaughlin was nicknamed “Stick ’em Up Steve” by friends and competitors. He considers the moniker a “high compliment,” because it pays homage to Bruce Wasserstein, the former Lazard CEO who was known as “Bid ”em Up Bruce.”

“[The nickname] relates to us getting great outcomes for clients,” McLaughlin says.

When asked about the dearth of mergers in Q1, McLaughlin points to overall volatility of the market. Strategic buyers are still wary that the economy is uncertain, he says. “There is hesitancy out there for sure,” he says.

Strategics are not looking to branch out and are only looking to buy companies that are consolidation plays, McLaughlin says. Some companies are also keeping their eyes on the IPO market, which is quite promising, for an exit. Many companies that could sell in the near term are holding out for an IPO, he says.

McLaughlin is optimistic that dealmaking will return. Many firms kicked off their sales processes in the middle of first quarter, he says. A typical auction can last up to six months, McLaughlin says. “So I do anticipate more transactions and higher volumes later this year,” he says.