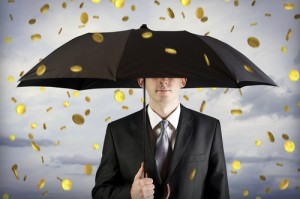 The Vancouver-based Fulcrum announced today that Fund V secured $344 million in committed capital. That’s 25 percent more than the fund’s initial goal of $275 million and about 15 percent more than its revised target of $300 million.

Fulcrum updated the target due to early enthusiasm shown by new and repeat limited partners, most of them Canadian pension funds. They helped Fund V bring in $180 million in a first close in December.

In subsequent fundraising, Fulcrum signed up a significant number of international LPs for the first time. Institutional investors based in the United States, Europe and Asia accounted for most of the $164 million committed since December.

In all, about 20 domestic and international LPs committed to Fund V.

The latest round of fundraising has exceeded all past efforts by Fulcrum. Fund V is by far the largest partnership in the firm’s history. It is 78 percent larger than Fulcrum Capital Partners IV LP, which secured $193 million in 2011.

In a statement, Fulcrum Managing Partner Neil Johansen said this success “reflects investors’ confidence in the opportunity available in the Canadian middle market and the strong track record of the Fulcrum investment team over the past 15 years.”

Fund V will show continuity with Fulcrum’s long-standing investment strategy. It will mostly invest in Canadian mid-market companies and industries where the firm has experience, such as manufacturing, resource services, business services, distribution and logistics, and consumer products. Investments will range between $15 million and $35 million.

Fund V began deal-making shortly after the first close. In January, it invested in GI Group, a maker of paintballs and related products and gel capsules for pharmaceutical applications. A month later it followed up with an investment in JNM Group, a manufacturer of automotive tool solutions, stampings and assemblies.

In April, the fund invested in the carve-out of Innovative Steam Technologies (IST) from Aecon Group, a Canadian construction business. IST is a producer of heat recovery steam generators for power and oil industry applications. Fulcrum and IST managers bought it for an initial $35 million and post-closing payments tied to performance.

All told, the fund has so far deployed $70 million to three platform investments and one add-on acquisition.

Today, Fulcrum manages more than $750 million in assets. It has a second office in Toronto.