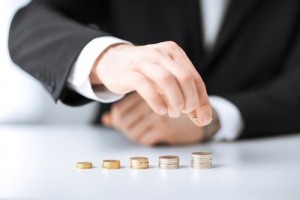 Restructuring older private equity funds on the secondary market is quickly becoming a common tool that GPs can use to resolve older funds that have lived beyond their contractual terms.

But opinions on the fairness of certain types of restructurings are split. This is important because the SEC has started to scrutinize so-called stapled secondaries, in which a secondary sale (or restructuring) includes a slug of additional capital for a new fund.

Nearly 80 percent of the 113 LP respondents in Coller Capital’s Global Private Equity Barometer Summer 2015 said they have been through at least one restructuring process.

The opportunity is enormous. Restructurings happen with funds that are approaching the contractual end of their terms – usually 10 years with an extension or two built in. Pantheon research from the third quarter of last year found 253 funds at least 10 years old with at least $100 million in remaining net asset value. The aggregate NAV for these funds was $92 billion.

LPs in these restructuring processes are generally given the option to sell their interest in a fund, usually at a discount, or stick with the GP on reset terms. Existing investments from an older fund get housed in a new vehicle and usually the same GP will continue managing out the assets, with a fresh management fee stream and even reset carried interest. Sometimes a restructuring will include the obligation of new investors to provide additional capital for a new fund, called a staple.

There are different scenarios that can arise in these situations. The worst case is a GP that has underperformed and continues to manage a fund that is 10 years or older. These types of restructurings can be contentious, especially with LPs who have been paying fees for a decade with nothing to show for it.

Igor Rozenblit, co-head of the Private Funds Unit in the SEC’s Office of Compliance Inspections and Examinations, described restructurings with staples as offering LPs two bad options – selling at a discount or sticking with a GP on reset terms with potentially diluted interest from new money.

A limited partner who has been through a restructuring told Buyouts: “An argument can be made that LPs are all better off if you have an actively engaged and properly incentivized GP. It’s frustrating that there are so many conflicts. [The GP] has the advantage of negotiating with concentrated parties … with complete information and a lot of leverage, negotiating against a dispersed collection of LPs with limited info and no leverage.”

Other situations are less fraught and provide the opportunity for LPs to exit out of a fund to which they no longer want exposure.

What makes restructurings work is that they are not compulsory and LPs have the right to choose to participate, says Nik Morandi, partner on Pantheon’s secondaries team.

Now that they’re becoming more routine, restructurings are losing the negative perception they had a few years ago, Morandi said.

“This isn’t just about stressed franchises or GPs struggling to raise another fund and using restructuring as a way of solving their problems around fundraising,” he said. “It’s quite broad-based now. That’s a big change from a number of years ago.”

“It’s a … creative solution that helps everyone in the end,” Green said. “As an LP … depending on your view of the manager, you can either double down and hold, or get liquidity. You do have situations where a manager has not been that successful, can’t raise another fund [and] this is a viable way to address the LPs that don’t want to be with the manager anymore.”