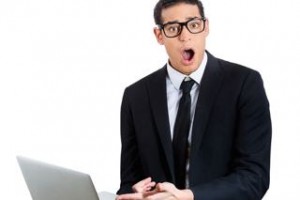 Surprise! Fundraising was strong in 2014 but not as great as last year.

“It is hard to believe that 2013 was more active than 2014,” said one LP who was surprised by the numbers. “2014 was unbelievably active with a bizarre number of managers seemingly back in the market.”

Distributions were also strong this year. PE funds returned $359 billion from realized investments during the first nine months of this year, Triago said in October. This total outpaced last year’s record of $344 billion for all of 2013, the report said.

Times are good for PE this year, maybe too good. High prices in the M&A market made it a great time to be a seller, while the ample debt available for deals “was ridiculous,” the LP said. The Dow Jones Industrial Average also broke through 18,000. “I do think we are in bubble in M&A, fundraising, Venture, PE,” the LP said. “Absolutely.”

The market is so frothy that some groups that shouldn’t be able to raise capital are succeeding, the LP said. The lack of experience could cause such groups to act irrationally and chase deals they shouldn’t be going after. “Instead of four PE funds now nine are chasing a company,” the LP said. “It makes you very worried overall. When you look at the years where the most amount of capital was raised, those aren’t the best performing years.”

A second LP said the frothy valuations should cause investors concern. “If multiples are at all time highs you know an adjustment is going to happen,” the second LP said.

With that warning in mind, here are the year’s biggest global funds, according to Preqin.