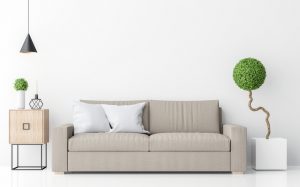 Blackstone recently joined the investor base of ready-to-assemble furniture company Walker Edison, betting that consumers will continue buying more furniture online even in a post-pandemic world.

Prospect Hill began pursuing a partial stake sale last fall to pass on some liquidity or dividends to shareholders, the source said. The deal, which closed late last month, followed a dividend recap in April, according to PitchBook data.

David Fiorentino, partner at Prospect Hill, believes the furnishings business will enjoy growth even without a covid sales boost. “As we look at the business today, we take comfort in knowing that we only had a slightly increased growth rate in the covid year,” he said.

This future growth, according to Blackstone Managing Director Ann Chung, will be supported by shortening furniture replacement cycles and greater penetration of online buying.

Blackstone’s thesis around online growth clicked with Prospect Hill, who was seeking a buyer “large enough to write a significant check and with resources to potentially help the company,” Fiorentino said.

“One of the things that the data science team will help the company out with is predictive analysis,” Chung added. This technique helps businesses predict the future likelihood of an outcome.

Walker Edison is big on data; it web scrapes, evaluates reviews and gathers data through a third-party sales analytics tool called Jungle Scout, which will eventually “put it in a structure that helps decision making,” Chung said.

“[If the company] thinks there’s market for a bedside table and there’s nobody doing it [in a certain] color and design, they’ll work with their supplier to make that product’s proprietary design and order a minimum quantity, and if it performs well, they’ll double down [on the inventory] later,” Chung said.

The company’s products are listed on Amazon, Wayfair and it also supplies to traditional stores. It was one of the first drop ship furniture suppliers – meaning Walker Edison owns inventory and ships products directly to customers, taking the warehousing burden off the retailers.

Although the manufacturer primarily partners with North American retailers, a few years back it expanded into Europe – a region lagging in terms of drop shipping. “The retailers [in Europe] don’t understand or are not engaging to the same extent,” Chung said.

While Europe is still a small piece of the business, Chung said Walker Edison will continue to grow its channel partners in the region.

As the company builds out its logistics network, the need for more warehousing capacity will also increase. Blackstone, one of the largest warehousing and logistics owners globally, aims to leverage its real estate capabilities to meet the demand for space.

Late last year, Blackstone Real Estate Income Trust bought 13 industrial warehouses for $358 million. Prior to that, the firm bought properties including warehouses and logistics facilities worth over $25 billion, according to a Bloomberg report. Overall, in the past decade, Blackstone has acquired more than 1 billion square feet of property in over 200 transactions around the globe, PitchBook said.

Logistics is where Blackstone’s scale, knowledge of the market and relationships come into play, according to Fiorentino. But it’s not like “[Walker Edison] is going into a Blackstone facility,” Fiorentino said.

On the M&A front, the company has not executed any add-ons since Prospect Hill’s acquisition in 2018. That said, the firms will “look at add-ons in categories where we [Walker Edison] are underpenetrated,” Chung said.

For example, Walker Edison’s home office and outdoor catalogue is not as strong as the living and dining room furniture category, she added.

“We’ll evaluate [add-ons]; acquisitions are what comes your way, you can’t force a business to sell,” Fiorentino said.