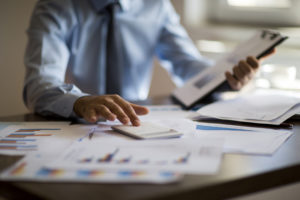 This is Chris, for Wire Wednesday.

As M&A slows, and distributions dry up, LPs are feeling liquidity pressure not just to meet capital calls from new deals and expiring subscription lines of credit, but to make new commitments. Slowing distributions is a piece of the story that has not yet received enough attention, according to an LP source I spoke to recently.

Meanwhile, we have our second high-profile business combination:

The deal is expected to close in the first quarter subject to investor consents, regulatory approval, signing of definitive documents and other closing conditions. Smith, one of the founders of GSO, will remain CEO of the platform.
GA and Iron Park had an existing relationship, having formed joint venture Atlantic Park in 2020. Atlantic Park provides structured equity and debt financing to support M&A, refinancing, recapitalization and growth initiatives.

The joint venture to date committed more than $2.2 billion to 13 companies.
“With the changing market environment, companies are facing complex business challenges at a pace and scale unmatched in many years,” Smith said in a statement. “We anticipate significant demand for partners with sector expertise, access to flexible capital and value-add capabilities.”

Extensions: I’ve been hearing a lot lately from LPs about their anticipation of an impending season of extension requests. And some of them are getting ready to wrestle concessions out of humbled GPs.

Because of the tough economy, GPs will be looking for more time for everything from fundraising, to deploying a fund, to pushing back the terminal date of a fund’s life.

Rising interest rates are stifling financing activity, which is putting a damper on deal volume, including exits. As GPs have a harder time making deals, they will likely need more time to deploy their funds beyond the (usually) five-year investment periods. And they will potentially need more time to close out funds beyond their 10-12 year terms.

As well, as over-allocated LPs grow stingier with their capital and fundraising slows, managers out in the market will need more time to close funds.

Such extension requests require the approval of limited partners of the fund in question, who perhaps at one time would have given rubber stamp approval over a request like an investment period extension (depending on circumstances, natch).

But, there’s a bit of a different dynamic today. As one LP put it, fund investors have been itching for their chance to push back at what they’ve seen as piggish behavior on the parts of GPs. When GPs come calling with their various extension requests, it can lead to negotiations with LPs on offering concessions like fee breaks. Read more here on Buyouts.

That’s it for me! Have a great rest of the day. Hit me up with tips n’ gossip, feedback or Scotch recommendations at cwitkowsky@buyoutsinsider.com or find me on LinkedIn.