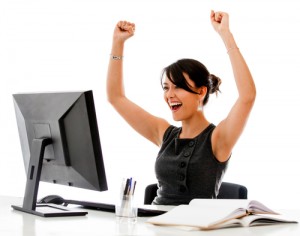 It is probably time to put to rest the question of whether, over nearly three decades, U.S. buyout shops have on average outperformed the public equity markets. They have.

That is what sister magazine Buyouts takes away from the April update of an academic paper originally posted on the Social Science Research Network in September 2011. The work, which deserves more attention, is based on a set of data only recently available to academics. The data comes from software and analytics provider Burgiss, which assembled it from limited partnership cash flows provided by institutional investors.

Using the public market equivalent method, which allows for a direct comparison of private and public equity returns (net of fees), the authors found that U.S. buyout funds outperform the S&P 500 by 20 percent to 27 percent over the life of funds and more than 3 percent per year. The picture on the venture capital side of the market is less consistent. The authors found that U.S. venture capital funds outperformed public equities in the 1990s but then fell behind them in the 2000s. Analysis of Cambridge Associates and Preqin data reveal similar conclusions, according to the paper. Analysis of Thomson Reuters data finds “buyout performance is markedly lower,” which the authors attribute to a “downward bias” in the data; however, even Thomson Reuters data shows the average U.S. buyout fund outperforming the S&P 500 by 10 percent over its life. (Thomson Reuters is the publisher of peHUB.com.)

On the question of how fund size influences performance, the paper found “no significant relation” between the two on the buyout side of the market; however, it did find underperformance among venture capital funds in the bottom quartile by size. Like many researchers before them, the authors found that, for both buyout and venture capital funds, performance falls when annual capital flows into the industry reach peaks — or, in the vernacular of private equity professionals, times when too much money is chasing too few deals.

The paper, titled “Private Equity Performance: What Do We Know?,” is co-authored by Robert S. Harris, professor at the Darden School of Business at University of Virginia; Tim Jenkinson, professor at the Said Business School at the University of Oxford; and Steven N. Kaplan, professor at the Booth School of Business at the University of Chicago. All three are members of the founding advisory board of the Private Equity Research Consortium, a group announced last month to promote and generate research on private equity and its impact on investment returns and economic performance. The board, which includes Burgiss Director James Bachman, will consider applications by academic researchers to use the Burgiss data.

Why should the new and future research sponsored by the consortium be trusted when previous work on private equity returns has reached contradictory and uncertain conclusions? It has to do with the quality of the data set. The authors describe it as a “research-quality” set of fund-level cash flows that, while including “relatively few” pre-1993 funds, has a big advantage over other data sets in that it comes from limited partners. “This feature results in detailed, verified and cross-checked investment histories for nearly 1,400 private equity funds derived from the holdings of over 200 institutional investors,” they said.

This column first appeared on the Web site of sister magazine Buyouts. David M. Toll is editor of Buyouts. Follow him on Twitter @davidmtoll