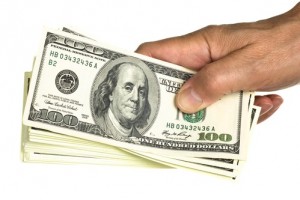 General Electric has sent out nondisclosure agreements (NDAs) to potential bidders of its sponsored finance business, which includes Antares, three sources said. The company is limiting the field to 12 interested buyers, sources said.

Part of the sale includes a joint venture GE has with Ares Management, the people said. Launched in 2007, the Senior Secured Loan Program provides loans that replace traditional senior and junior debt financing, the GE website said. SSLP, which has $11 billion of available capital, is co-managed by GE Antares and Ares.

GE is responsible for $8 billion of SSLP, sources said. “GE doesn’t want to just sell the assets but wants the buyer to be able to run the JV going forward,” said one of the sources, a banker.

So far, Apollo Management, Ares and Mitsubishi UFJ Financial Group Inc have signed the NDAs, the banker said. Macquarie is in talks to partner with Ares to make a bid for GE’s sponsored finance unit, two other people said. It’s unclear if Macquarie has signed the NDA.

Macquarie Group, the overall holding company, had $372 billion in assets under management as of Dec. 31. Macquarie owns a deposit-taking institution in Australia but not in the United States. As such, it doesn’t have the regulatory issues U.S. banks have, sources said. Partnering with Ares for Antares would launch Macquarie into “the U.S. small business lending business in a big way,” another banker said.

On Friday, Bloomberg News reported that Apollo, Ares and SunTrust Banks Inc were weighing making offers for the GE unit in the U.S. that lends to private equity firms. Citigroup is advising on the deal. First rounds bids are due in May, Bloomberg said.

GE’s sponsored finance business, which includes Antares, is expected to sell within 90 days, according to a report by Mergers & Acquisitions. The GE unit could fetch more than $10 billion, Bloomberg said.

Executives for Apollo, Ares, GE, Macquarie and SunTrust declined comment. Mitsubishi could not be reached for comment.