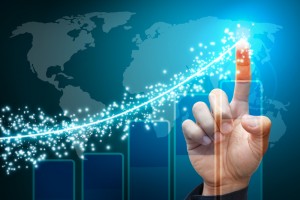 General Atlantic has made a name for itself by taking stakes in high profile firms ranging from social media giant Facebook to women’s clothing brand Tory Burch.

Setting the stage for more deals, General Atlantic recently made Form D filings indicating an influx of $623 million. A person familiar with the firm said the total influx was actually $900 million, bringing its total current capital base to $7.3 billion.

Unlike sponsors that raise funds every few years, General Atlantic sets up evergreen accounts for its investors, typically wealthy families, with multi-year investment period. It regularly adds capital to its assets under management and discloses commitments in Form D filings.

The firm looks to invest $1.5 billion to $2 billion each year in deals that range in size from $75 million to $400 million. General Atlantic primarily takes minority stakes in firms and targets 10 to 12 new companies per year. The firm employs 200 people in Greenwich, Conn., New York, Palo Alto, Calif., and eight overseas offices including Beijing and Sao Paulo.

In its most recent transaction, disclosed on July 9, General Atlantic bought just under 30 percent of international insurance intermediary group Hyperion Insurance Group in a deal that valued the company at $378 million.

The firm disclosed $449 million sold for General Atlantic Partners 93 LP. The firm filed its first Form D for the account on Feb. 15 with no money disclosed at that time.

And it listed $127.5 million for General Atlantic Partners (Bermuda) III LP in an amended Form D filed on July 10. The firm listed no money raised with the initial Form D on Feb. 15.

The firm began operations 33 years ago when it was set up to invest the fortune of entrepreneur and philanthropist Charles Feeney, the subject of the 2007 book, The Billionaire Who Wasn’t.

Feeney was one of the co-founders of DFS Group Ltd., a chain of duty free shops around the globe. French luxury goods seller LVMH Moet Hennessy-Louis Vitton bought a stake in DFS in 1997.