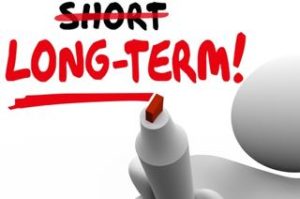 Generation Partners expects to make 10x its money with the sale of Agility Recovery Solutions.

On Tuesday, LLR Partners announced it was acquiring a majority of Agility. Financial terms weren’t announced. Generation Partners will retain a minority stake, the statement said.

The private equity firm bought the company in 2001 when it acquired the assets of the GE Disaster Recovery division. Generation renamed the unit Agility Recovery and put in a new management team, Jennings said.

Charlotte, N.C.-based Agility provides disaster recovery solutions such as temporary office space, satellite-based telephone and data communications, and backup generators for power and computer equipment. Users pay a monthly fee and when disasters arise — such as an ice storm, a flood or even a server failure — Agility provides all the items a company needs to get back in business, Jennings said. “They have thousands of customers and have never failed in 25 years,” he said.

With offices in Greenwich, Conn., Austin and Los Angeles, Generation invests in lower middle-market businesses. The PE firm doesn’t currently have a fund. Nearly four years ago, Generation decided to switch to single purpose vehicles, Jennings said. The firm raises money deal by deal. Usually, it will pitch a transaction to a group of high net worth individuals and institutions and let them decide if they want to invest. “We’ll say ‘This is the company we want to invest in,’” Jennings said.

The hold periods of Generation’s investments varies, he said. Some are the normal three-to-five-year range typical to private equity, but others are much longer, he said. Agility was Generation’s longest hold, he said.

The firm typically invests from $10 million equity to $40 million equity per deal for both minority and majority stakes. Sectors include healthcare services and software, business and information services, as well as media and communications.

Such a structure allows the firm to hold a company for a long period and to write a bigger equity check if needed, Jennings said. It also helps Generation invest in entrepreneurs, he said. The firm is able to offer choices to entrepreneurs with the assurance that Generation won’t need to sell in three years. “We’re longer term than a normal private equity fund,” he said

Last year, Generation acquired Captivate Network, a digital media company, from Gannett Co. The firm in 2011 acquired ReCept Specialty Pharmacy. It also reinvested in Donuts, the domain registry, in 2013 after its initial investment in 2012. Another deal, a healthcare transaction, is in the works, Jennings said.

“The model has worked extremely well for us,” he said. “It provides flexibility for us as principals.”