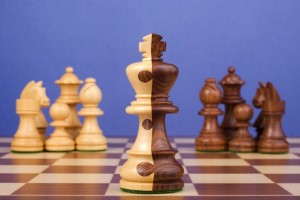 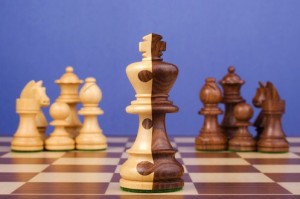 Montréal-based engineering services provider Genivar Inc. has announced a structural reorganization and rebranding that will give the company a new name: WSP Global Inc. The decision follows Genivar’s merger with U.K.-based WSP Group PLC in August, 2012. That event was backed by investors the Caisse de dépôt et placement du Québec and Canada Pension Plan Investment Board, which together own around 30.2% of the company’s outstanding common shares.

GENIVAR Inc. (TSX:GNV) (“GENIVAR” or the “Company”) today announced that it is proposing a reorganization whereby it will implement a global corporate structure to set strong foundations for future growth (the “Arrangement”). The proposed Arrangement is subject to approval by shareholders of the Company (the “Shareholders”) and other approvals and will be undertaken pursuant to a statutory plan of arrangement under Section 192 of the Canada Business Corporation Act.

“The transaction with WSP was a major and transformational achievement in the history of our Company. Since our merger with WSP, we are now active in more than 35 countries and have therefore decided to adapt our corporate structure to our new global footprint. We expect that the Arrangement will become effective on January 1, 2014, but in any event prior to the 2014 annual general meeting of shareholders, at which time our public entity, headquartered in Montreal, will become WSP Global” stated Pierre Shoiry, President and CEO of GENIVAR. “WSP’s strong presence around the world and its global recognition in a number of market segments has led us to make the logical choice of changing the GENIVAR name to WSP, which will be gradual and performed as appropriate after the reorganization is completed, and following a schedule to be determined. This choice is the first step in our strategy to build a leading global consultancy around one unified and strong brand “WSP”, which we will be proud to leverage in all the regions where we operate,” he added.

Background and Reasons for the Arrangement

Since the August 2012 acquisition of WSP Group PLC (“WSP”), a global multi-disciplinary professional services consultancy (the “Transaction”), the Company counts approximately 15,000 employees based in more than 300 offices, across 35 countries on every continent. In light of the Company’s strong international presence and diverse end markets, the proposed reorganization of the Company was considered and an analysis of the operational, financial and legal aspects and other considerations associated with the proposed Arrangement was carried out by Management of the Company and its advisors. Following such analysis, it was determined that the reasons in favour of reorganizing the Company into a global corporate structure were compelling as the Arrangement will:

•Provide a holding structure which would enable the Company to eventually separate regional operations in distinct subsidiaries, thus setting the foundations for future growth;

•Isolate head office operations and costs for all operations at the public entity level and allow the Company to adopt overall corporate policies without interfering with individual management of the subsidiaries;

•Create a better risk management structure by isolating, to the extent possible, the public entity from operations and operational risks; and;

•Provides an opportunity for the Company to rebrand itself as WSP Global Inc. and leverage the strong WSP brand across the world.

Mechanics of the Arrangement

The Arrangement is subject to approval by not less than two-thirds of the votes cast by Shareholders voting in person or by proxy at the Meeting. The Arrangement is also subject to the approval of the Superior Court of Quebec, who will consider the fairness and reasonableness of the Arrangement for Shareholders and all necessary regulatory approvals. The Company will apply to the Toronto Stock Exchange (the “TSX”) for the listing of the common shares of the new entity on the TSX and the Company will seek to delist its common shares from the TSX following the completion of the Arrangement.

Following the Arrangement, the composition of the Board of Directors, the business, the capital structure, the dividend policy, the executive compensation program and other particulars of the new entity will essentially remain the same as that of GENIVAR.

The Company, through its combination with WSP, is one of the world’s leading professional services firms, working with governments, businesses, architects and planners and providing integrated solutions across many disciplines. The firm provides services to transform the built environment and restore the natural environment, and its expertise ranges from environmental remediation to urban planning, from engineering iconic buildings to designing sustainable transport networks, and from developing the energy sources of the future to enabling new ways of extracting essential resources. It has approximately 15,000 employees, mainly engineers, technicians, scientists and architects, as well as various environmental experts, based in more than 300 offices, across 35 countries, on every continent. www.genivar.com.