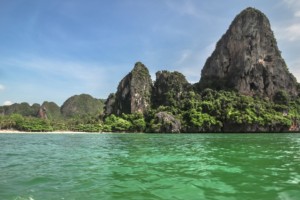 Genstar Capital is making a 3.8x return on its investment in TravelClick, peHUB has learned.

San Francisco-based Genstar said Tuesday it was selling TravelClick to Thoma Bravo for $930 million. The deal is expected to close in the second quarter.

The exit marks a more than six-year hold for Genstar, which acquired a controlling stake in TravelClick in December 2007. The sellers then were Bain Capital and TravelClick co-founders Richard Gray and Ray Cohen. Bain Capital Ventures participated in the 2007 acquisition and retained a minority stake, according to a statement from that time. UPDATE: Bain, which is selling its stake to Thoma Bravo, is also making a 3.8x return, a source says.

The acquisition by the Genstar-led group included an equity investment of about $153.5 million, Moody’s Investors Service said. The investment came from Genstar Capital V LP, an FTC notice said. Genstar V closed at $1.55 billion in June 2007. The pool is generating an IRR since inception of 8.61 percent as of March 31, according to the California State Teachers’ Retirement System.

TravelClick, of New York, provides marketing and reservation services to independent and chain hotels worldwide. The company produced $278 million revenue for the 12 months ended Sept. 30, Moody’s said. This is up 96 percent from the $141.7 million in revenue that TravelClick produced in 2007, Moody’s said.

TravelClick has paid out dividends. In March 2013, the company use proceeds of a $90 million loan, along with cash on hand, to pay out a distribution, Moody’s Investors Service said.

Thoma Bravo, which is buying TravelClick, is also out fundraising. The PE firm is seeking $2.5 billion for its flagship Fund XI, peHUB has reported.